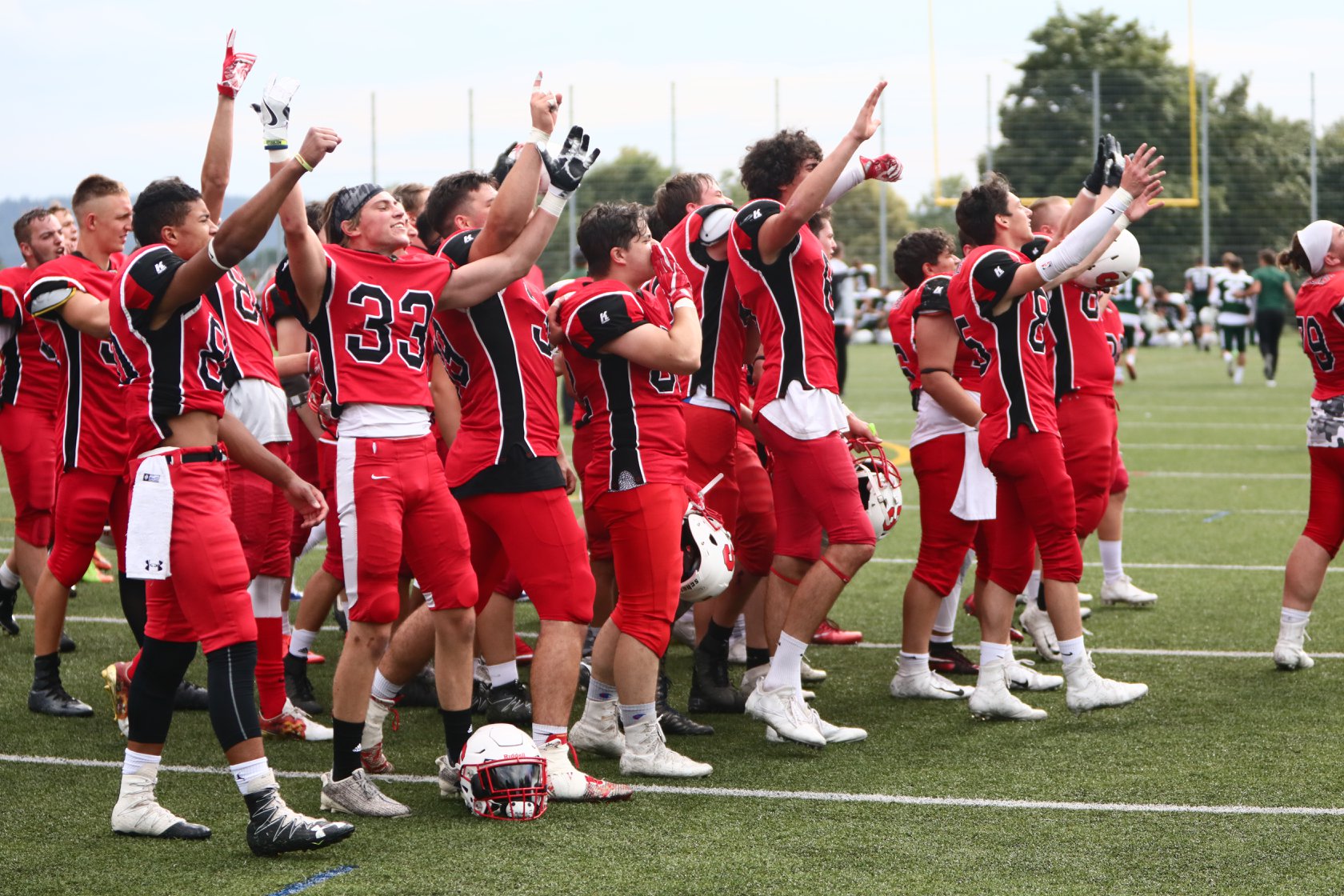 In a potentially vital game in the GFLJ South, the Stuttgart Scorpions faced the Schwäbisch Hall Unicorns in what turned out to be a classic. After trailing for much of the game, the Scorpions pulled out an exceptional fourth quarter to wrestle control of the game, and the division, from the Unicorns with the final score sitting at 35-27.

It was clear from the start that this game was going to be far more intense than the previous match up – a game that the Unicorns edged 3-0. The Scorpions opened the day with some trickery, beautifully executing an onside kick which they recovered. Utilizing this advantageous field position, young QB Moritz Vogt strung together a clinical drive culminating in a short passing touchdown to Marcel Dabo.

With this, the game was blown wide open, with points galore raining on the field. Unicorns Quarterback Louis Waldmann brought his team back into the game with a passing touchdown, and then, following a rushing TD from teammate Luis Bendel, trotted in for a score of his own, to put SH ahead 20-7 at the half.

Following the half, and undoubtedly a rousing speech from Head Coach Mario Campos, the Scorpions came into their own. A tense third quarter yielded limited points, with a single Vogt passing TD to cut the deficit to a single score. The final quarter, though, was where the Scorpions shone. Including Vogt’s third quarter touchdown, the Stuttgart outfit put up 28 unanswered points, with a trio of rushing scores, including one from that man again: Moritz Vogt.  A late Unicorns touchdown was not enough to overcome this onslaught and so the match ended 35-27.

This was clearly an offensive masterclass game, Coach Campos wanted to ensure that his defensive players got the credit they were due. In fact, each of DE Marius Beck, LB Fabian Herbst and DB Samuel Frasch recovered a fumble, which clearly made a huge difference in a game that eventually came down to just a single score.

The Scorpions are now in the drivers’ seat for the division, and must now only overcome the Fursty Razorbacks to claim the division title. The Unicorns will hold out hope however, as they know only too well how good the Razorbacks can be, having succumbed to their only other loss of the season to them.