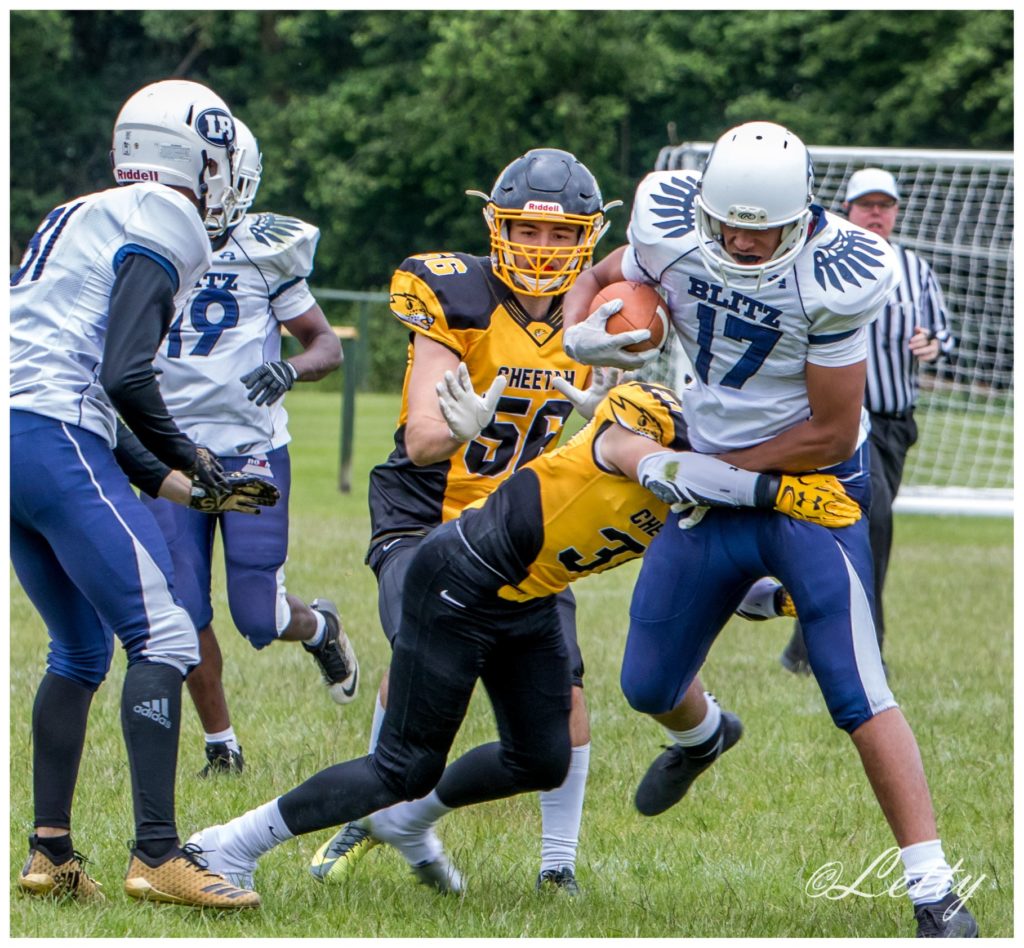 In Britain this week, the Hertfordshire Cheetahs face the London Warriors in a crucial matchup which will determine which of them makes it to the National semi-final!

The Cheetahs come into the game as marginal favourites, thanks to a slightly better record and a victory over the Solent Seahawks that the Warriors were unable to replicate. The Cheetahs have had an historically impressive year, with Head Coach Alex Halms describing this squad as “the best Cheetahs team ever. At any age range, at any level”. They have backed this claim up too, going 4-1 with their only loss coming to the reigning National champions, the London Blitz.

The Cheetah’s offence has proven a hot commodity thus far in the year, with a 33 points per game average. This has come thanks to a beautifully balanced run and pass game, with GB Junior ‘back Jack Stodel providing a key part to both. The foundation of this strength comes from the trenches, which Coach Halms pointed out as an area of strength. This is no surprise, as this behemoth unit not only has the size needed, but also great athleticism and skill.

The Cheetahs’ defence, meanwhile, has been the picture of consistency and fundamental football. The team has conceded a mere 20 points all season (and those coming courtesy of the London Blitz), and this stat is made even more impressive when it is noted that one of these scores came from a pick-6, and so was not the defences responsibility.

They will be tested by this young Warriors team, however. Whilst their Junior outfit does not offer the same level of dominance as their Senior side, the Warriors remain a potential threat, with extremely talented individuals on both sides of the ball.

The Warriors will be without starting QB Matthew John, who is out of the country for this key fixture. However, the life is his replacement is bound to be eased enormously by star receiver Issa Aluko. Aluko, who also represents Great Britain’s under 19s programme, has shown great speed and route running ability, which has caused huge problems for opposition DBs. Moreover, London could rely more heavily on the run game with Johns missing, which will allow Jaymyn Haddad to shine in an increased role.

It’s also worth bearing in mind that these two teams are the only ones able to limit the National-leading Blitz outfit to fewer than 50 points, showing that both can mix with the better teams in the league

This match should prove fascinating. Herts will want to prove that this truly is their golden generation and will want a rematch with the Blitz. The Warriors, meanwhile, will be looking to emulate the pedigree of their senior team and come out on top!