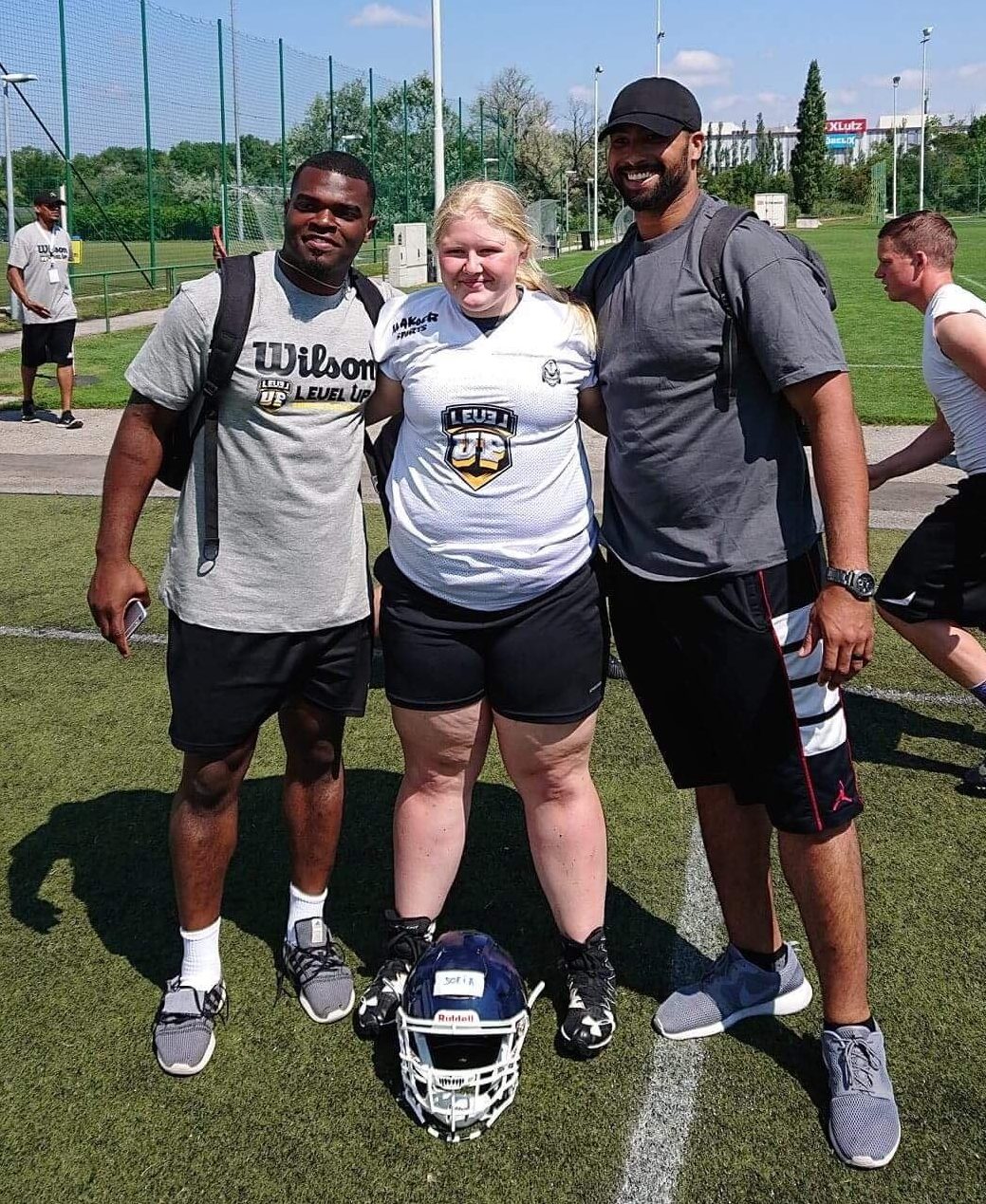 The Vienna Level Up camp was a huge success for all involved, but we here at Europe’s Elite want to give special praise a young player who embodies the talent, tenacity and spirit that defined the camp and the game of American Football as a whole!

We had the privilege of talking to Swedish superstar Sofia Jonasson, who plays offensive line for both the Gothenburg Marvels and the Celsius Tigers (her high school team). Sofia has become known for her unrelenting toughness in the trenches and an unrivalled determination and will power to dominate every time she steps on the football field.

After first becoming accustomed to the sport from the side line as a curious onlooker at her brothers’ practices, she now has her eyes set on a footballing future at junior college and we are excited to see how number 69 continues to develop in the European game.

EE: So Sofia, how did you find the experience at the Europe’s Elite Level Up Summer Camp?

Jonasson: The Europe’s Elite camp was one of the best experiences in my life. The thing that made it so great was the amount of knowledge the amazing coaches shared with us.

I did run and pass drills, combine tests, mental health exercises, inside run games and pass rush at practice, as well as participating in a life skill course with college scouts.

EE: How did you get into playing football?

Jonasson: My brother started playing a year before me and I sat and watched his practices. After a year of asking my mother if I could try to, she gave in. In my third year, I was accepted to RIG academy in Uppsala and I had to choose between American football and Taekwondo.

EE: What has been the biggest challenge as a female in the sport?

Jonasson: The players and coaches always underestimate our abilities!

EE: What are some of your strengths as a player?

Jonasson: My biggest strengths have to be my focus and will power.

EE: Finally, what are some of your goals and aspirations you hope to achieve in the sport off of the back of the Europe’s Elite Level Up Summer Camp?

Jonasson: My biggest goal is to be one of the first Swedish female players that plays at junior college.