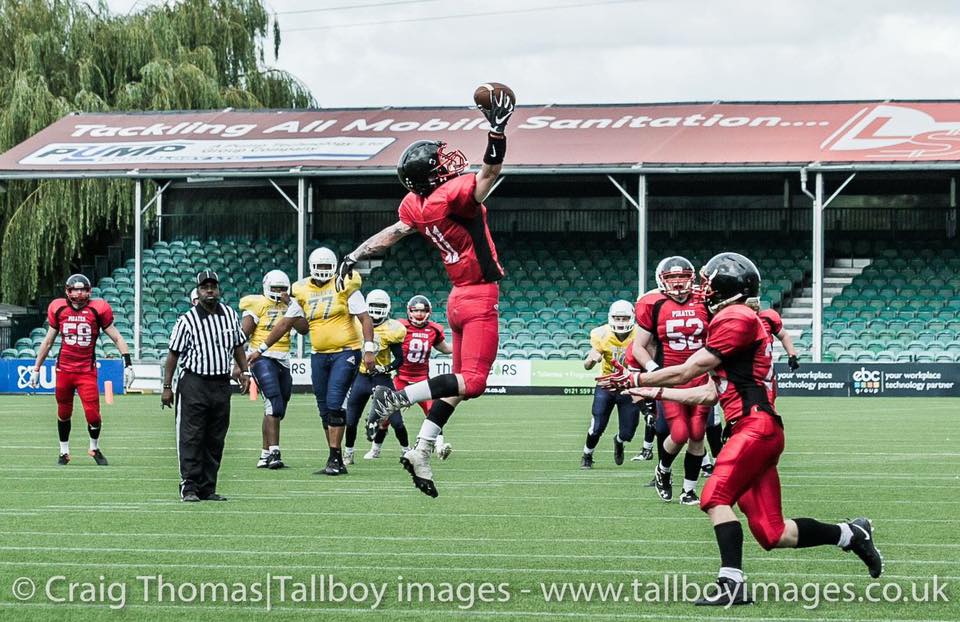 This weekend marks the beginning of the two-part postseason in the British Junior League. In the Northern final we see a rematch between the Manchester Titans and the East Kilbride Pirates. The Titans took the first matchup between the two 37-12 in a comprehensive, and frankly shocking, outcome against last year’s national runners-up.

Manchester come into this matchup after their third perfect regular season in four years. However, in previous years this hurdle has proven the hardest to clear, with no postseason wins in their last four trips. However, under the new tutelage of Head Coach Jonathan Homer, the Titans are bound to be confident that they can break this streak. A very well-balanced team, the Titans have averaged 32.2 ppg for and only 7.6 against – both leading the Northern conference. Built around a core of young players from the undefeated Titans’ youth team of 2017, as well as some veterans such as star QB Ben Miles, Manchester have both skill and cohesion on their side.

East Kilbride, meanwhile, are back to full strength and so will be looking for their strongest units to pull them through. Whilst the passing game has proven proficient over the last two years, Head Coach Matthew Davies is looking for the ground game to excel in this one. Behind a consistently strong O-line, Davies is hoping his committee of Rory Hutton, Lee Chappell and 2017 All DC return man Jack Cochrane will be able to chew up the turf against Manchester’s self-titled ‘Big Blue Wrecking Crew’. Meanwhile, on defence, the Pirates have become synonymous with a strong defensive line: one need only look to Mark Stewart who made the current GB men’s squad just one year after graduating from the Pirates Juniors. They are hoping that this year’s iteration, including Ben Hewitt and Lewis Smith, can live up to this billing and slow down Manchester’s formidable stable of running backs.

The Pirates are bound to have prepared better for this match, hoping to close the gap, and find a way to return to the Britbowl. However, the Titans haven’t been slouching either, and so will want to finally take that next step and find that postseason win that has eluded them in recent memory. How this match will play out is sure to be the talk of the weekend and will show off some of Britain’s finest young talent!