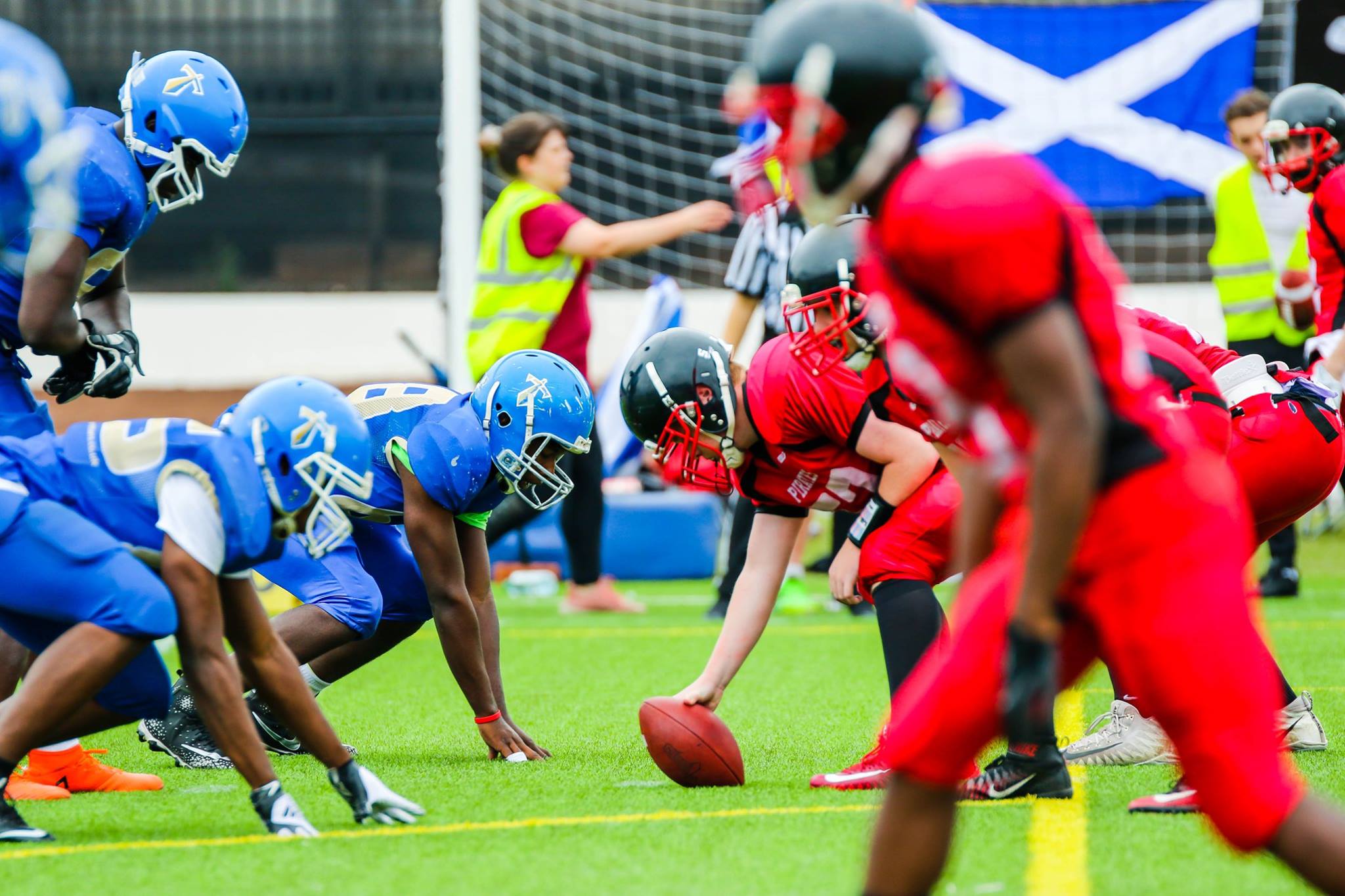 In the hotly anticipated rematch between the finest teams in the North of England, the East Kilbride Pirates squared off against the Manchester Titans. The game did not disappoint, and an absolute classic ensued in which overtime was required to separate the two teams. With a place in the final on the line, the Titans showed their mettle and scored the game winner to take the score to 34-28.

The Titans have proven all year long that they are a powerhouse, scoring over 30 points per game and conceding fewer than 8, including a dominant 37-12 romp over the Pirates at the beginning of July. To begin, however, they were held up by an East Kilbride team who had totally overhauled their defensive strategy from their first matchup. This sticking point proved insufficient to hinder star QB Ben Miles though, and especially his connection with recent youth graduate Max Gracie-Ainscough who showed off blazing speed and incredible hands to haul in 3 touchdowns on the day. This, coupled with Tom Jones’ kick return TD, was enough to get the Titans into overtime. When there, a gargantuan effort from the offensive line allowed a rushing touchdown from Anele Hlongwane to seal the day.

East Kilbride were not without fight, however. A lackadaisical first game against this opponent seemed to kick both the coaching staff and players into a higher gear for the semi-final, ridding the team of any complacency and ensuring everyone gave their all. The defensive effort has already been mentioned, but on offence they also had significantly more success moving the ball. The Pirates had a balanced attack this outing, with their scored evenly distributed between the ground game (two touchdowns for Jack Cochrane) and the air (two receiving touchdowns for Fraser McDonald). However, it was not enough for the Pirates, as Manchester’s Big Blue Wrecking Crew stepped up at key moments, including two 4th Quarter goal line stands, and a critical one in overtime.

The Pirates will finish their season in the National Plate Final – a match between the two semi-final losers, for those unfamiliar with the British league structure – against the Hertfordshire Cheetahs. The Titans, meanwhile, will face the reigning National Champions, the London Blitz, in this year’s Britbowl. The Blitz come off a dominating 44-2 win against the Cheetahs, and will surely be favourites going into the game, but the Titans will look to capitalise on their first playoff win in four years and take the trophy up North for the first time since 2003!