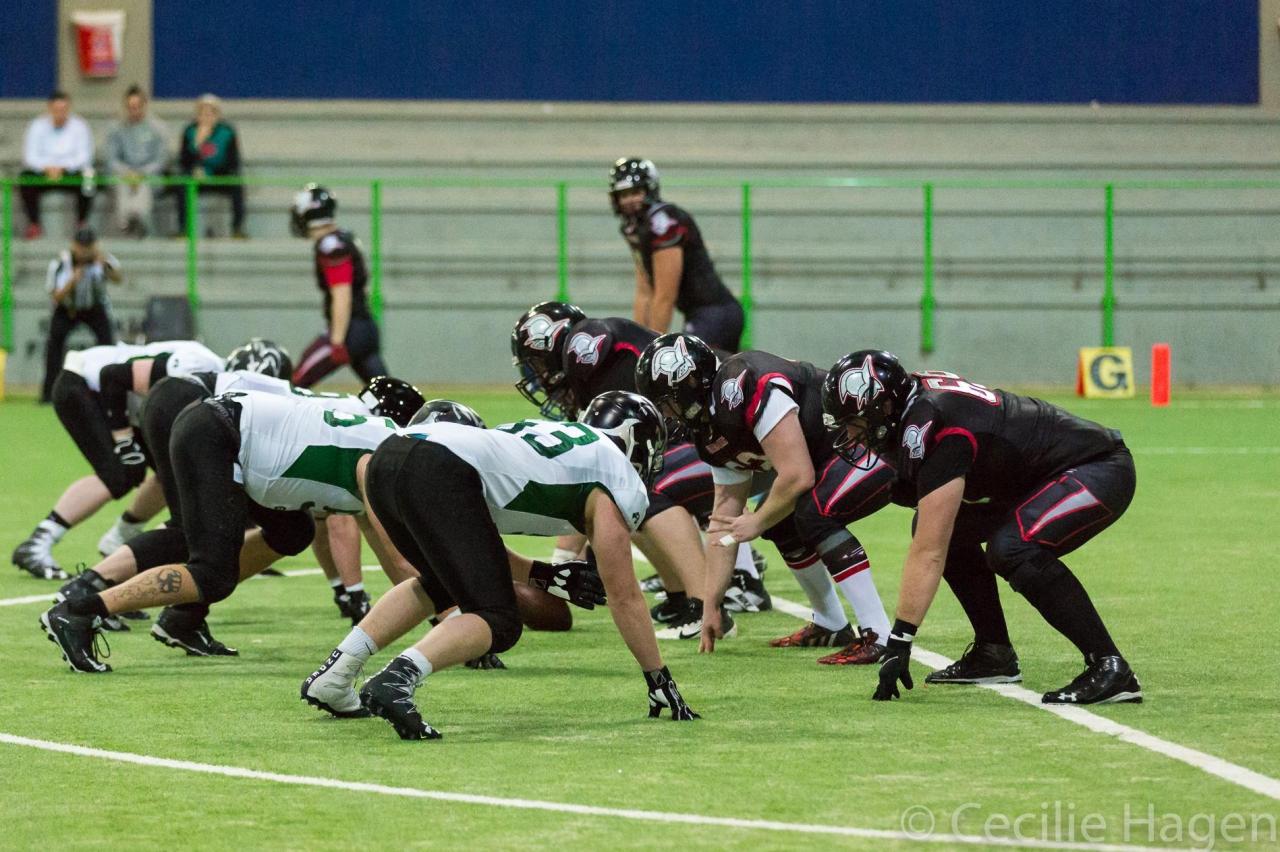 A late cancellation between the Vikings and the Domers has left this writer a little in a fluster. However, not to worry, as we will still be spotlighting Norway as the Eidsvoll 1814s face off against the Kristiansand Gladiators.

Eidsvoll are somewhat of a known commodity in their league, having blown away their opposition thus far with a lethal combination of potent offence (averaging 51 points over their first two outings) and staunch defence (with only a single score conceded). Key to this dominance is, as with many successful programmes, strength in the trenches. Led by veteran centre Martin Haugerud, the 1814s will be looking to pound the ball into the Gladiators, to see if they can match their physicality. Failing that, a strong passing game provides ample backup, with QB Raymond Myhrer proving highly effective, amassing three scores in their last game against the Nidaros Domers.

The Gladiators, meanwhile, have struggled early with a tough early slate of fixtures. Currently winless, with a -84 points differential, Kristiansand will certainly be apprehensive going into this one. That being said, there are reasons for optimism for the underdogs. They have scored the most of the three winless teams, not being shut out by either of their opponents. With just a small amount of tweaking, this could turn into offensive potency, which could perhaps threaten the 1814s. They will have to hope that they can make this leap if they are to have a chance this weekend.

The 1814s are undoubtedly favourites, with a thus flawless record. However, the Gladiators are a prideful group who will be sure to push Eidsvoll all the way and make them work throughout the contest. How this one shakes out could be fascinating to behold!