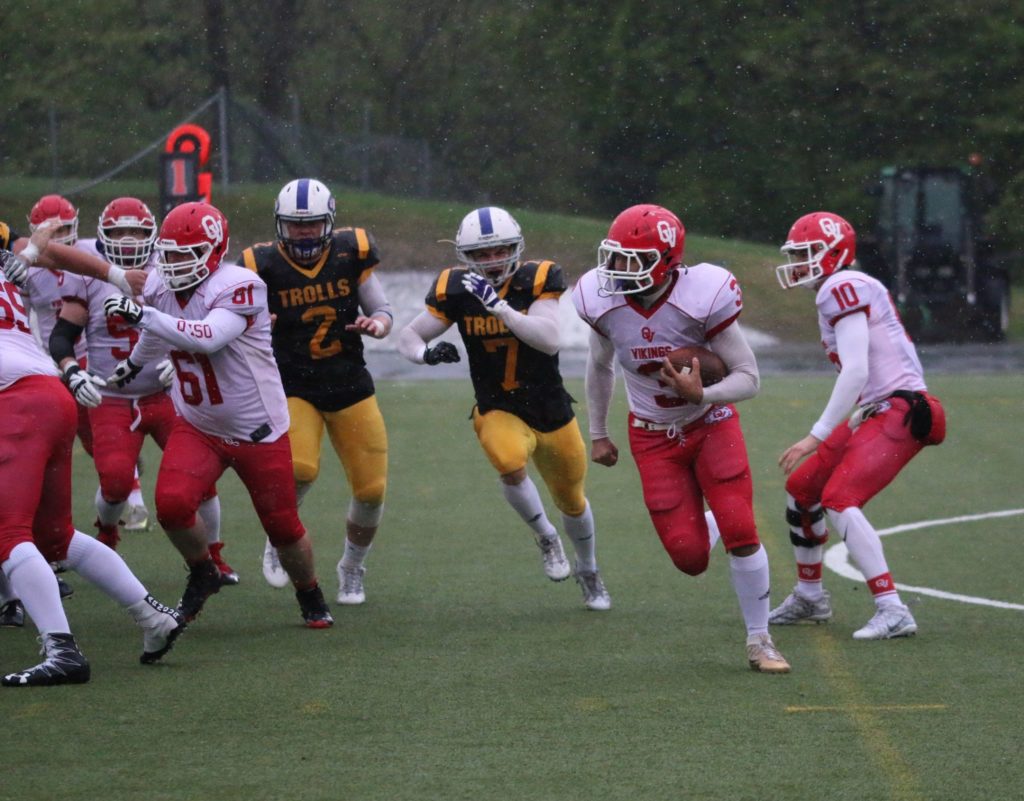 In the only game of the weekend, the Eidsvoll 1814s faced off against the Kristiansand Gladiators. Eidsvoll came into the game as favourites, owing to their undefeated form thus far this season, whilst the Gladiators have struggled, going 0-2 to begin the year. This prediction came to pass, as the 1814s won 32-6, in another comprehensive victory.

The 1814s showed their class on offence for the third game running. In just three games they have scored 134 points, showing a near unstoppable form. Head Coach Michael Hall described the game as a run heavy affair for his side, with ‘backs André Busch and Jakob Aanerud running rampant. Busch was particularly dominant, on his way to picking up his team’s MVP award for the game. A stubborn Kristiansand team was able to limit Eidsvoll to their lowest points total of the season, but despite this they still managed

On defence, meanwhile, the 1814s once again had a stellar game. Conceding only six points, Eidsvoll also managed to amass three turnovers: an interception by Emil Myhre, a strip-sack and recovery by Haavard Wenger, and a scoop-and-score by Herman Østengen. That being said, the Gladiators do deserve credit for maintaining their record of scoring in each of their games this season, which shows a potential spark on offence and a commendable never-say-die attitude from both the players and coaches.

The Gladiators will have to lick their wounds and have a quick turnaround, as they plass fellow winless side the Nidaros Domers next week. Meanwhile, Eidsvoll face their first true challenge as they square off against the also-undefeated Oslo Vikings. Who will break their streak first? We eagerly anticipate the answer!