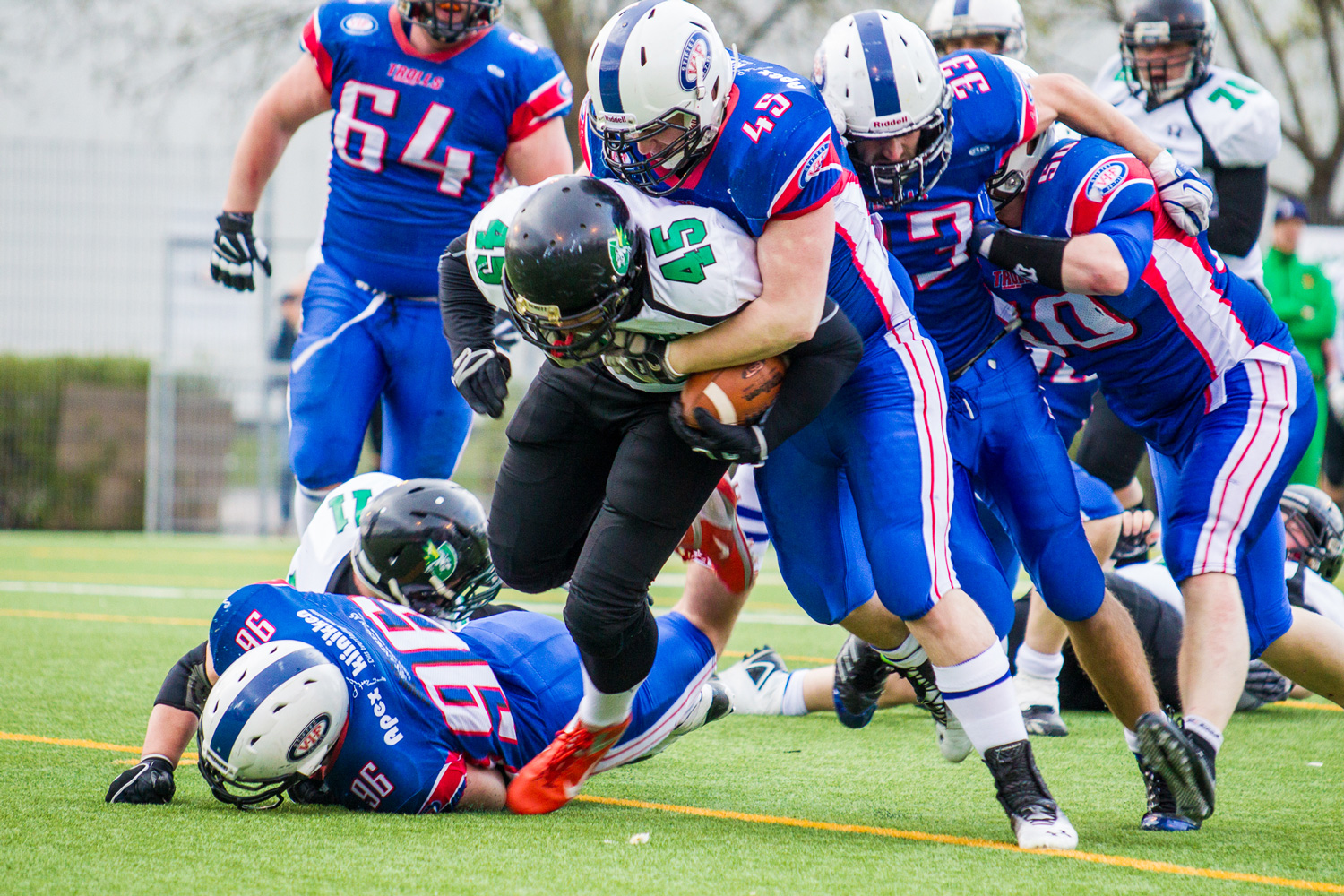 Another week, another dominant performance for the reigning champions. Hot off the heels of a 66-6 opening game victory, the Vålerenga Trolls whipped up another offensive storm, beating the Kristiansand Gladiators 54-8 to further assert themselves as the team to beat in Norway.

Offensively the Trolls have displayed borderline unbelievable form in their opening two matches, putting up 120 points against tough opposition. Quarterback Lars-Martin Nilsen has proven himself an excellent manager of the game, as well as one of Norway’s premier offensive threats in his own right. Nilsen showed off supreme arm talent, with deep connections to both Mads Hilton and Jacob Ribert, as well as scampering for 2 rushing touchdowns himself. These potent dual threat capabilities proved too much for the Gladiators’ defence, which crumbled under this vicious onslaught.

Meanwhile, the Vålerenga defence played its part in a dominating performance, and earned effusive praise from their head coach in the meantime. Defensive lineman Patrik Andersen managed a multi-sack game, whilst OLB Edy Dos Santos had a crucial interception to limit the Gladiators’ scoring. It was pre-game man to watch, linebacker Håkon Søderlind, who really stoke the show, however. Singled out by Head Coach Warr both before and after the game, Søderlind lives up to his billing, recording several sacks and TFLs, as well as both a forced and recovered fumble for an incredible stat-line on the day.

The Trolls march on to a 2-0 record, whilst the Gladiators fall to 0-2. Kristiansand’s schedule doesn’t soften soon, though, as their next match comes against a string Eidsvoll 1814s outfit. Meanwhile, the Trolls travel to the Sand IL Falcons in what appears to be a winnable fixture to keep them as league leaders.