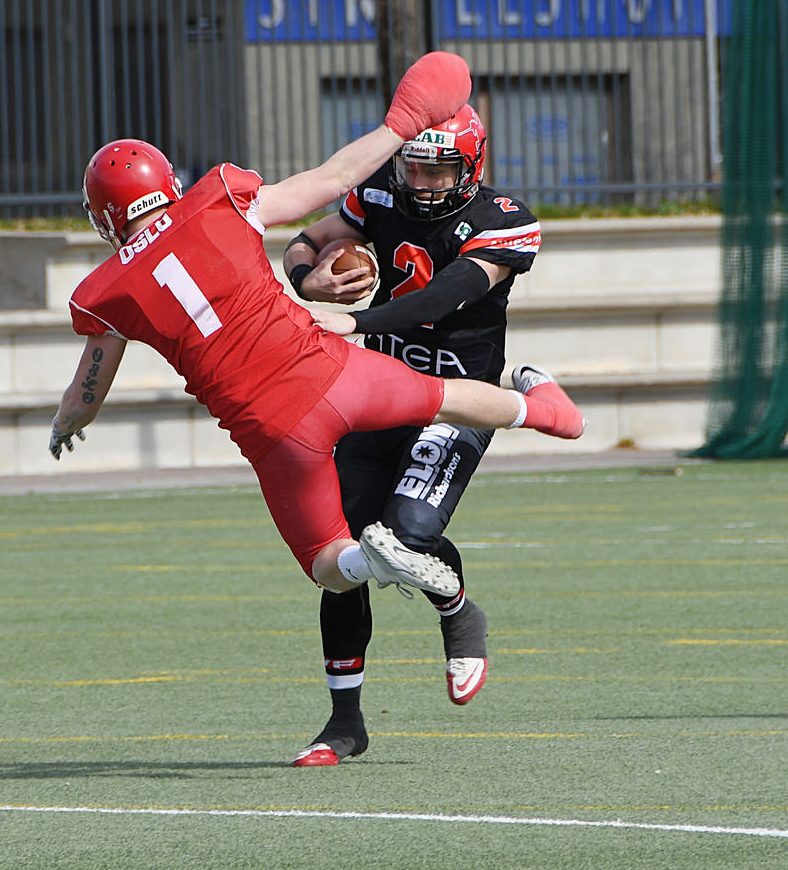 The Vikings go marching on, dispatching their first real test of the season with brutal efficiency. Facing the previously unbeaten Eidsvoll 1814s, who had amassed a +121 point differential in their first three games, this looked like it could be the league’s first truly competitive game, with blowouts being the common theme this season. However, the Vikings ensured they maintained this trend, winning by a dominant score of 38-0.

The Vikings came into this one with a degree of trepidation: the two teams had faced the same opponents, and fared largely the same, with nigh identical points for and against. However, football is not played on past records, but between the players, and Oslo’s players seemed to be the ones to really show up. Wilhelm Domaas, Quarterback for the Vikings, made his case as the most dangerous weapon at this level of Norwegian Football, displaying poise, accuracy and rare athleticism. Four passing touchdowns (two to Franz Åsheim) is an incredible achievement in of itself, but putting the cherry on top was his 90-yard touchdown run, in which he proved his dual threat capabilities.

The 1814s vowed before the game to not get complacent on offence, and simply take what the Vikings gave them. Unfortunately for them, however, Oslo were not feeling in a charitable mood. Led by veteran Jehad Timraz, who amassed 7 solo tackles this week to add to his pick-6 last week against the Sand Falcons, the Vikings were able to utterly eliminate the threat of the 1814s.

With this victory, the Vikings leapfrog the Vålerenga Trolls at the top of the division, owing to their better points difference. They will have to wait two weeks to try and solidify this position, with a final showdown on the last game of the season against the Trolls. Meanwhile, the tests come thick and fast for the 1814s, who themselves face the Trolls next week.