This is Bigger Than Big. Better Than Better. This is Europe’s Elite 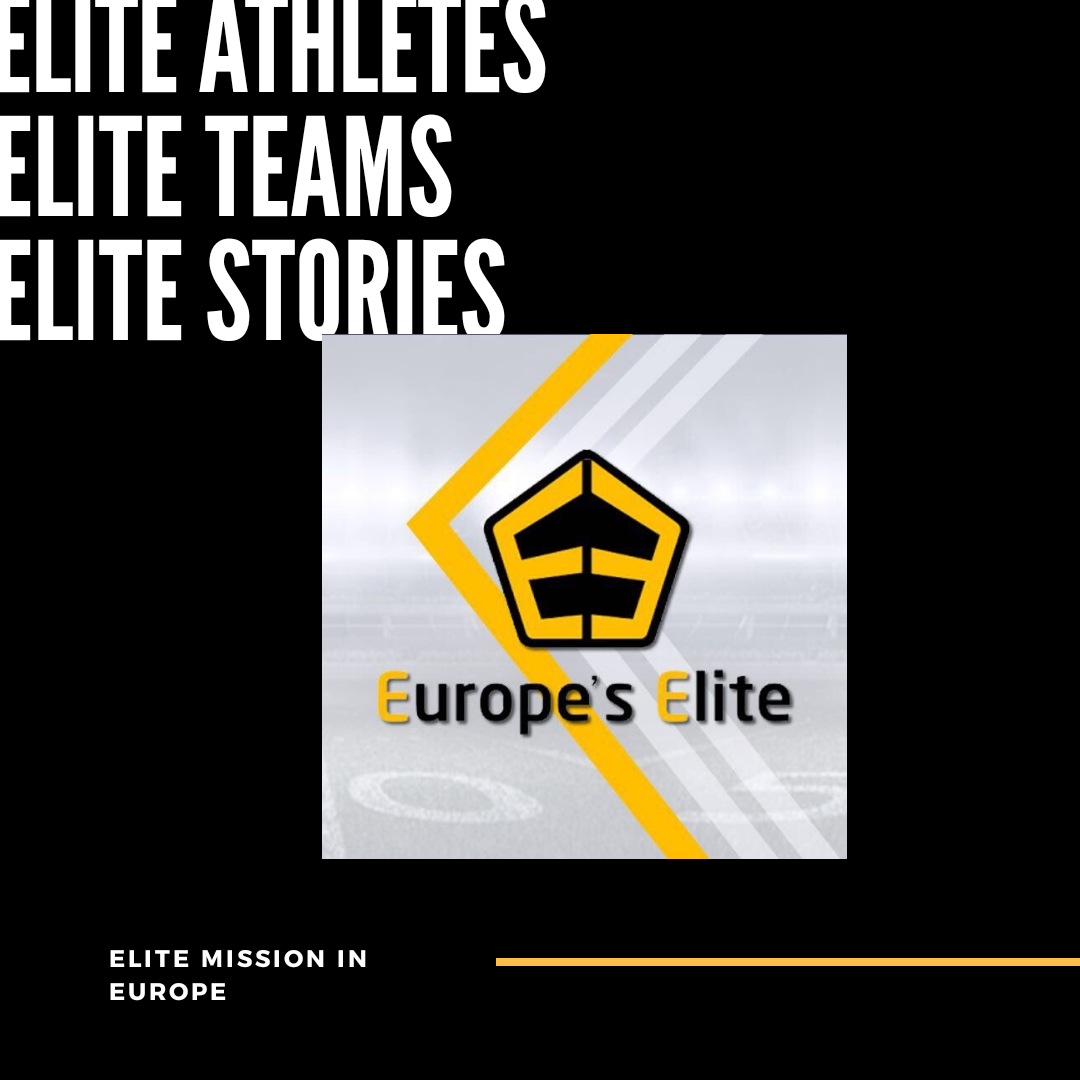 American football is gaining ground all around Europe today. This is not surprising, since we hear more often that the broadcasts of NFL are followed by more and more people all over the world. It is also pleasant news that we can read in the media that more and more foreign players gain recognnition from the teams of NFL to show their capacities.

At the same we can observe – at a European level, that the chance of the Middle or East-European players – besides the top-leagues (German, Austrian, French) – to get to the focus of the NFL scouts is minimum. Of course it is true that there are increasing numbers of tryouts and different camps organized – mainly in the West-European countries. From year to year, NFL trainers and scouts are present, but it can also be said that information about these events rarley reach countries beyond the top league (e.g. Ukraine, Hungary, Romania etc.). Serious financial resources must be devoted by the sportsmen from a Middle-European or East-European country to participate in these events. Travel, accommodation, participation fee in the camp as well as food and beverage must be financed. A young man below 19 years certainly cannot travel alone into the other corner of Europe, so participation in tryouts may require serious expenses from the parents, too. The situation is a bit easier, if we speak about adult sportsmen, since there are some of the members of the age group between 21 and 25 who have independent incomes and can save money from their salaries for the participation in a tryouts or camps, but this is not characteristic, in general.

We can hear from the media that NFL is coming to new markets, and tries to find new ways to engages with fans in different countries. In my opinion, in order fot the NFL to have sucssess it must be provide more opportunites for athletes in different nations. This should be done with both the junior (14-21 years) or in the adult age group. We would love to see more camps/tryouts where pro and college scouts are physically present.

What is needed for these events to reach the athletes more efficiently? In my opinion,  a common European platform/website should be developed. This website or association would be in charge of organizing tryouts/camps and would publish all dates and fundamental information. In addition, a European scout network operating on the basis of uniform considerations should be established. This would create a platform which all of the European countries could delegate scouts; thus each country would have the possibility to call attention to its talents. At the same time information would reach each country uniformly about who, what, when and where events are taking place. This uniform scout system would ensure a comprehensive all-European, up-to-date record of the talents of the different age groups, where the scouts of NFL or of the other top-league European championships would filter the search focus on the positions and players just needed by their teams.

We can meet this situation many times when 80-100 young football players come to an announced event. They all wish to develop, but the outstanding talents stay away. Mostly because they cannot finance their participation in the event, or simply did not hear about it. If the most talented players of the region do not particpate in the event, this could create frustration for scouts. Unfortunatly a culture of only the wealthy talented athlete has been ableto particpate in most of these events.  In addition to the establishment of the earlier mentioned uniform European scout-system – to balance the chances – it is also inevitable to find partner countries situated at logistically favourable site, being uniformly near to each part of Europe. It is necessary to open towards Central Europe (e.g.: Austria, Hungary, Slovakia and Poland) in order to provide an event venue for the players, to ensure equal travel costs both for the Western and Eastern sportsmen.

There are a lot of talented athletes who are in the dark beyond their own faults and perhaps squander their talent because they do not know about different opportunities. Some subjective examples of the hidden talent I am referring to will be listed below. But the most important fact you should gather from this article is that every coach and scout in Europe have a responsibility. It is our responsibliy to make sure these athletes that tend to be left in the dark, gain the fair amount of exposure as every other athlete in Europe.

Europe’s Elite is your best news source covering stories about rising athletes all throughout Europe. Check out the highlight tapes of these young athlete’s. ELITE ATHLETES.ELITE TEAMS.ELITE STORIES.