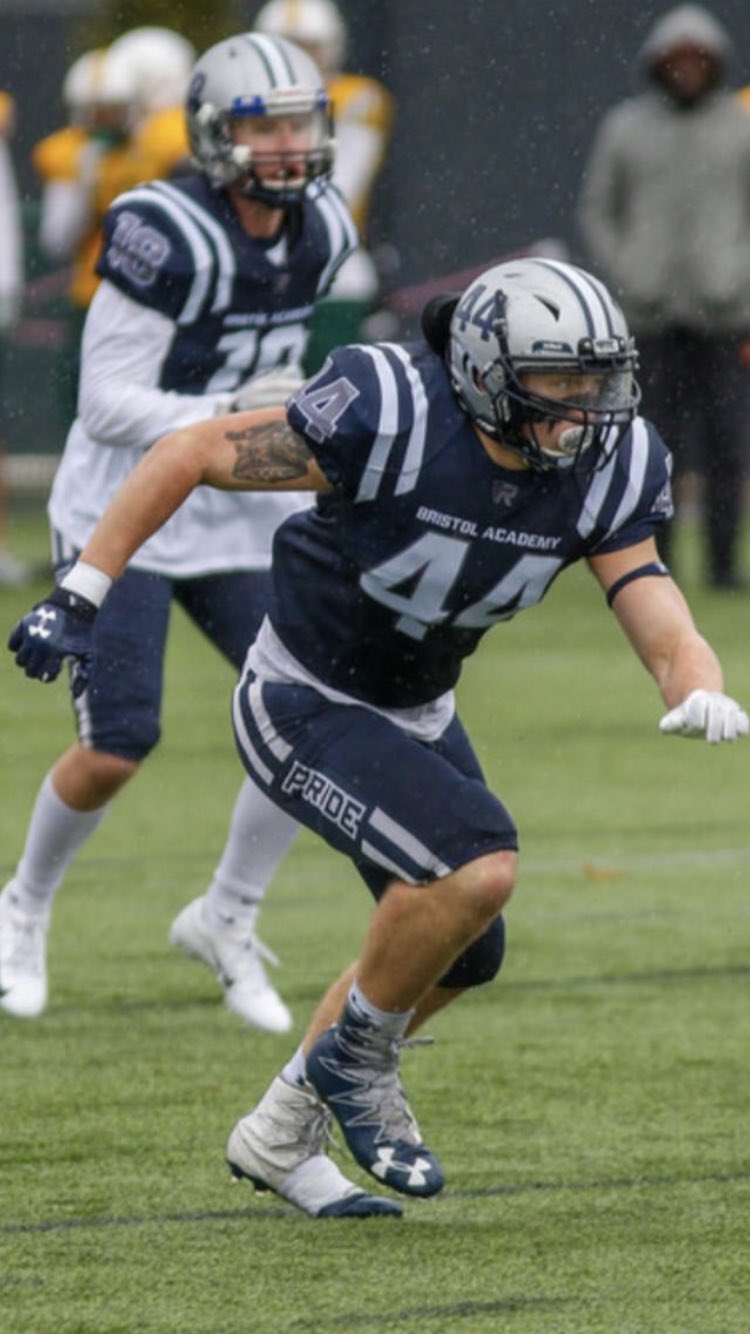 When you think of Great Britain as a country a few of these things may come to mind. The British Premier League, The Royal Family, Fish & Chips and , the city of London. But over the past year or two the popularity around American Football has exploded in the UK. As many know , the NFL has been coming to the UK to play football games in major soccer stadiums. So the amount of fans for the sport has sky rocketed. Now there has been a new buzz around the city of Bristol, England for producing top tier football talent at the youth level. We are no stranger to the amount of talent in Bristol, so it comes with no surprise that we have spotted another ELITE ball player. Joe Christian is a 6’0ft ,220lb fundamentally sound Linebacker. In our opinion Joe simple plays the Linebacker position the way it is supposed to be played!

Q & A with- Joe Christian of Bristol , England

How long have you played the game of Football?

I’ve been playing contact football since June 2015. Since that time I have played linebacker, safety, defensive end and running back but have mainly played LB and class it as my main position.

I have been playing football for almost 5 years now. I started playing flag football and then had tryouts for a local youth 5v5 team. After making the team I was also able to play for the junior 9v9 team, where I played Linebacker, Safety, Defensive End and Running Back(briefly). I then made the jump to Bristol Pride to play Defensive End. After being at Bristol for a short time , I then made the switch to Linebacker. In 2017 I played for the Europe Warriors in an international game against Mexico. And since then I have played LB for Pride and for Bristol Aztecs.

My main goal is to get a scholarship to play football and study an astronomy and archeology course at college in America. But I have several other goals to accomplish before that. On the top of my list is to go undefeated with my current team Bristol Pride Academy. After which I would like to get a tryout for the men’s senior Great Britain team. At one point I want to go and help coach my old team the East Kent Mavericks. Lastly, I want to win a national championship this upcoming season with the Bristol Aztecs.These are all the goals I’d like to accomplish during 2020.

Which player do you watch the most? And whom would you say you play like?

I don’t personally know many LB’s or football players competing at the next level. I will watch NFL or college games and see how players react in certain situations and think about what I would do differently. But I’ve mainly learned from the people I have met throughout my career, as I’ve been lucky enough to play with and against people from all over the world.I try to take the best bits from all the people I meet and implement it in the way I play.

I found football at exactly the right time in my life and I used it to get me out of a bad mental place and to keep me away from making bad decisions with the wrong groups of people. Not only has it allowed me to go places and meet people I never would have met or gone to without football. I owe the sport a lot and also all of the people who have helped me throughout academic and football career so far.

A team should recruit me because not only will I do my best to ensure I succeed but will do my best to elevate to rest of the players around me. When I was 17 I had to option to either go to a international Florida high school on a scholarship or to stay in the UK and move to Bristol to play for an international academy in my home country.

My decision to stay in the UK and move to Bristol away from family was to show kids not only from my home team but all over the country that you haven’t got to go to the states and play high school football to get a scholarship. As that is all I was told from a young age, that it’s impossible to get a scholarship from the UK. Hopefully being with Europe’s elite will help me get that scholarship I have been after since I begun my time playing.

At Europe’s Elite we have built a platform for athletes to gain extra exposure and chase their dreams. We are your news source covering all things recruting and prep football related . Be sure to watch Joe’s highlight tape below and share this article with someone you know.