The Dream to Compete in the NFL: Bernhard Seikovits

22- Years Old With The World at His Finger Tips, Antoni Podgroski Hopes to Take His Talent the NFL 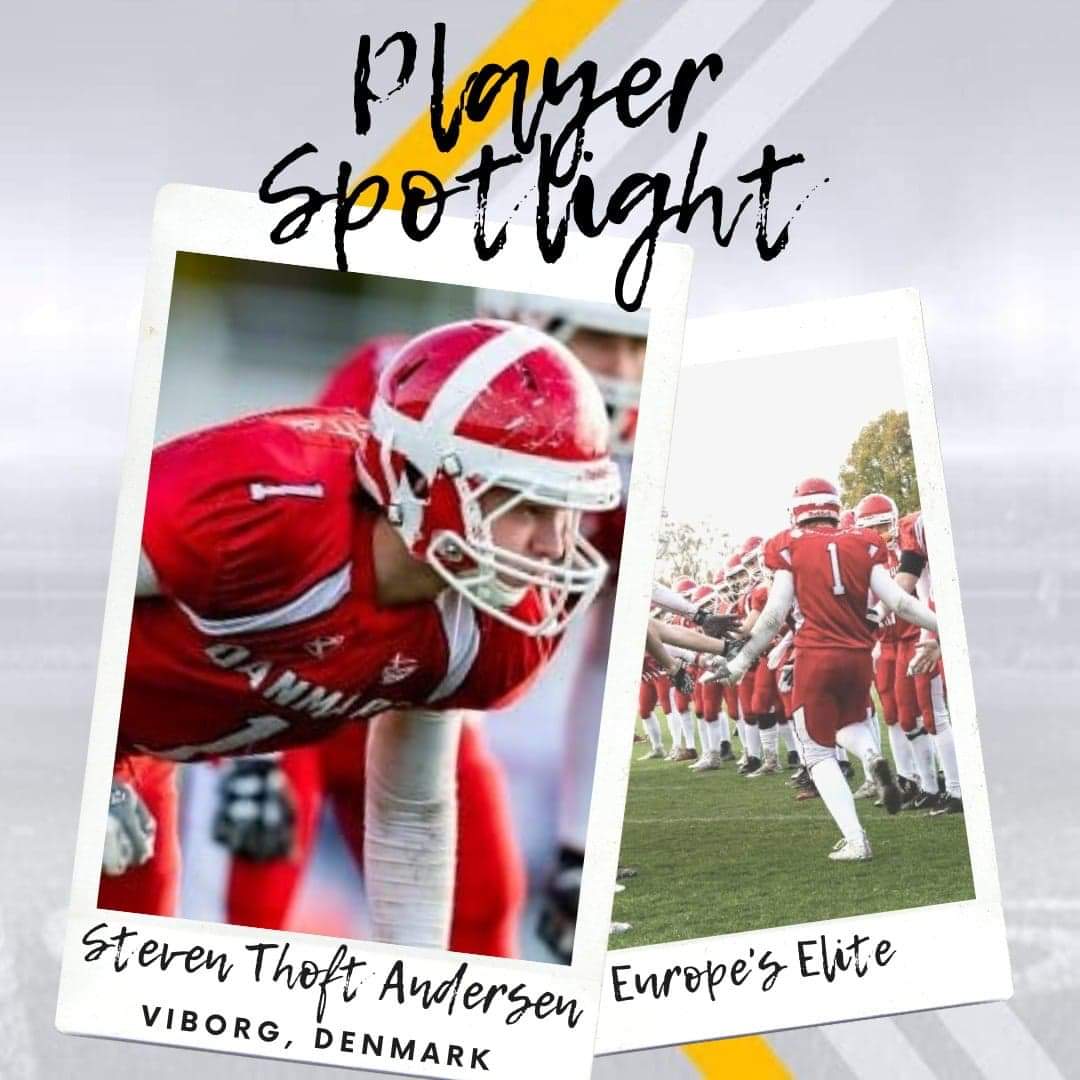 A flood of athletes from Denamrk are flowing into the NCAA faster than ever before, this unrivalled success is no doubt contributing a lot of attention to their next line of prospects. Steven Andersen is one of the prospects that is flying under the radar of D3/D2 level schools, a raw prospect who already has the big powerful frame to compete at the next level. The experience is certainly there, having already competed at the international level for his home nation, this is made more impressive with Denmark’s reputation for making Defensive-Line talent. It is important to note, Andersen has not reached his maximum potential, yet he is showing flashes of NCAA talent already in his early playing career.

During my film binge of Steven, a few things quickly shone through. Firstly, he is clearly a big young man, standing at 6’1 210lbs with long arms and a very capable swim move. Further down the line, his destruction of cut blocks from the exterior or interior of the line becomes evident, it is very rare from the film that this slows him down, and that is an extremely valuable weapon going forth. There are several skills that he is just starting to input into his game, for example, he is attempting to use his reach around the corners of the offensive line, this is working to some extent but it’s a skill that is clearly being focused on. Other examples include, but are not limited to; his Bulrush, stiff arm and hand control during the first contact. As with every player, there are weaknesses, tendency to drop his hands and a need for more burst off the line is certainly able to be fixed with specialised coaching.

Overall, Andersen is a classic example of a raw prospect with high potential if treated in the right system. He has the ability to play at a D3 level or possibly push D2 if he polished and refined his game in the right way. He has the hustle and versatile skill set playing across the line, this is an undervalued part of his game that will translate nicely for a coach looking to bring something new to the table.