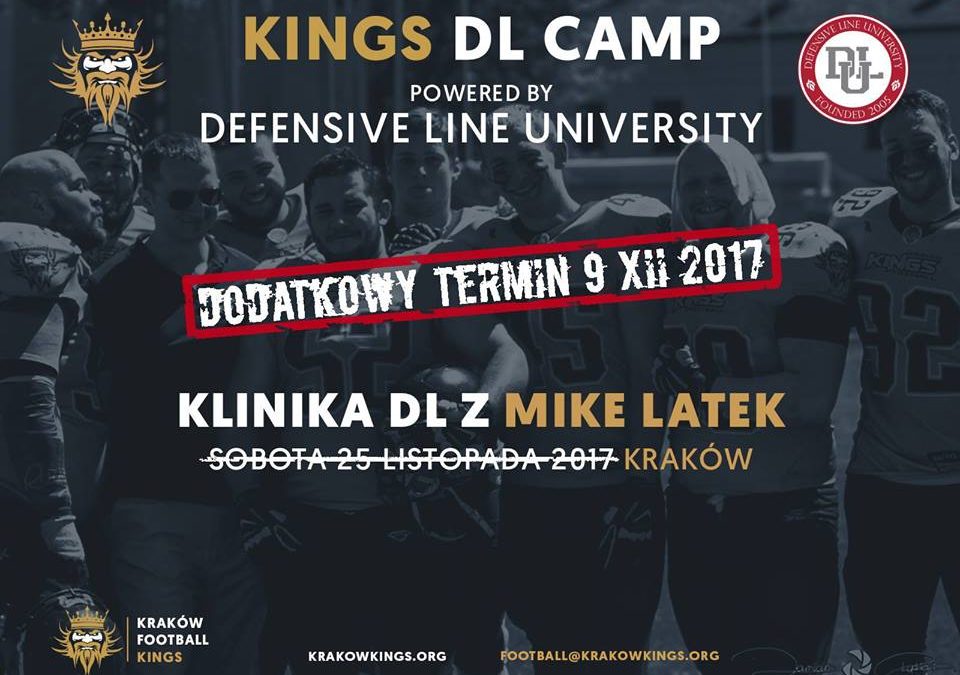 The Kings DL Camp is a camp exclusively for defensive lineman who want to improve their skills. It is being organized by the Kracow Football Kings that are located in Kraków, Poland. The camp coach of this camp is arguably the best Defensive Line coach in Europe Mike Latek. Europe’s Elite had the chance to speak with Katarzyna Ostręga who is the president of the Kraków King as she shared with us the idea behind the defensive line camp.

The idea for the Kings DL Camp – powered by DL University and Mike Latek developed over time. The Kings have been sending 2 MVPs, coaches, and medical staff to the States for the past 3 years. We have been working with Coach Dean Paul and the Ohio Northern University Polar Bear football program. Coach Paul and the ONU AD have been very welcoming to us and have allowed our players, coaches and medical staff to take full advantage of the Polar Bear Preseason camp held in August.

One of our team MVP’s we sent was Patryk Jakubiec. Prior to the 2016 season Patryk Jakubiec met coach Latek at a camp in Warszawa organized by PLFA and the Polish National team coaches. That’s when he started playing Defensive Line. Then at the end of 2016 season he was voted most improved player, that was his first season on the Defensive line. At the end of the 2016 season, Patryk Jakubiec was one of the two players chosen to go to the USA for the ONU Camp.  He spent the two weeks observing and taking in all of the coaching points from the ONU Defensive Line coach, coach David Price. Patryk returned to Kraków with even more passion for the position.

At the end of the 2017 season Patrryk was invited by coach Mike Latek to be a practice player with the Polish National team before the team appeared at The World Games in Wrocłąw and that is where I met coach Latek. Patryk was called up to the National team for the Poland vs Switzerland game in September. We liked coach Latek’s professionalism, Defensive Line experience, no excuses – work hard nature, and devotion to the development of young players, as long as they ” want it, and work hard “. The Kings needed more experience on the Defensive line, so we asked coach Latek to work with our players. Because coach Latek lives in Vienna, and it is not possible for him to be at every practice, we came up with the idea of camps, to take advantage of his visit to Kraków. He’ll work with our Defensive Line players at the regular Friday practice, and then continue with them on Saturday. We knew that players from other teams could be interested in his instruction, that’s why we opened up the camp to the other teams. Coach Latek was going to come to Kraków in December as well, and that is why we expanded the camp to a second session. November 25 is filled up (40 Players) the second date December 9th has a couple more free spots. Coach Latek and the Kraków Football Kings agree that – structure leads to a winning culture, I think that is the reason for our and coach Latek success.

For more information about the camp click on the link below: 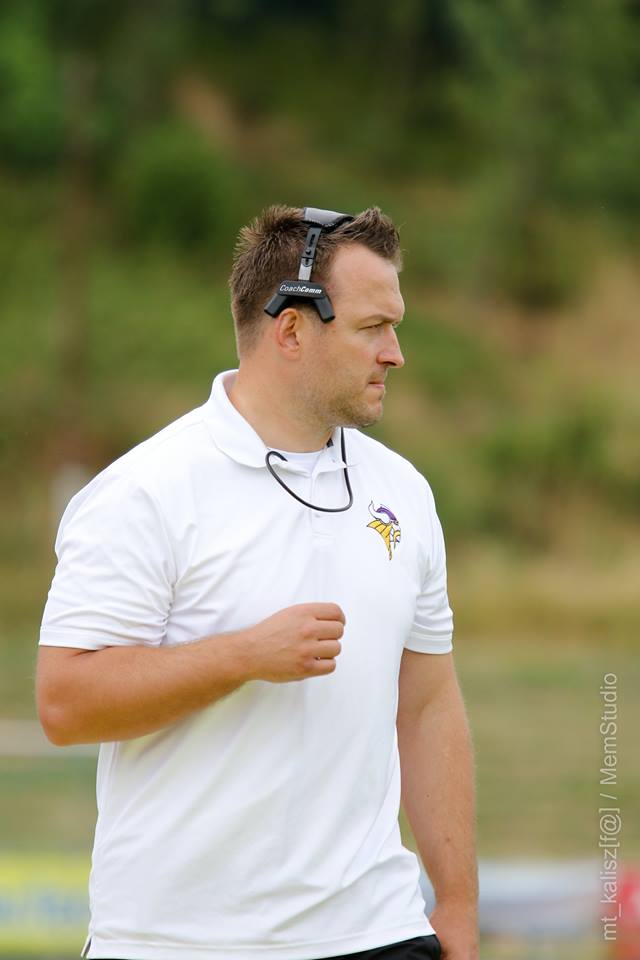 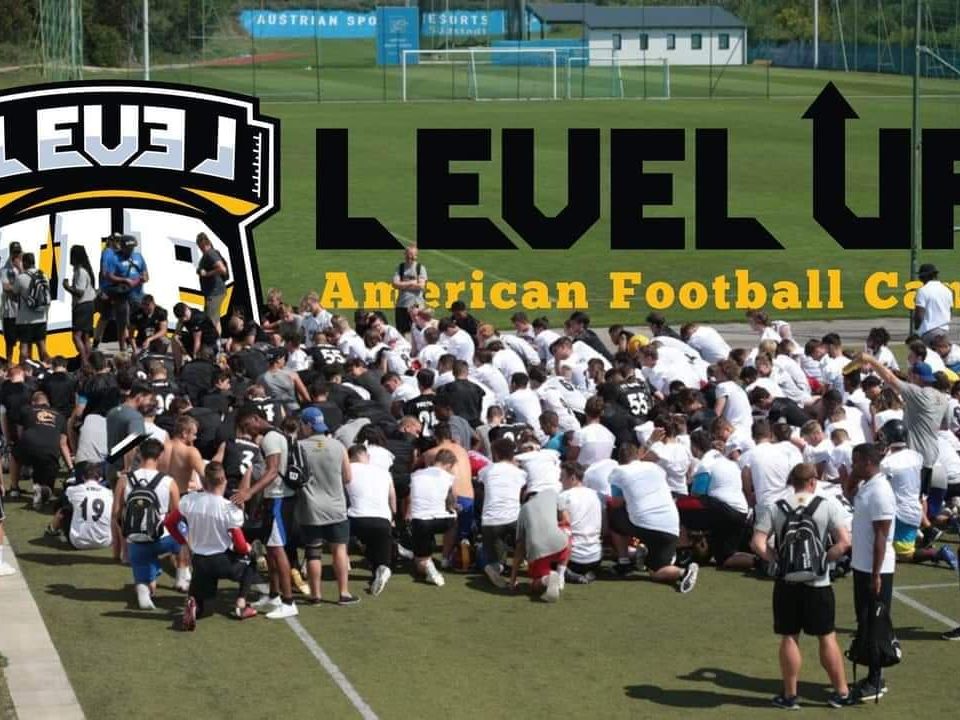 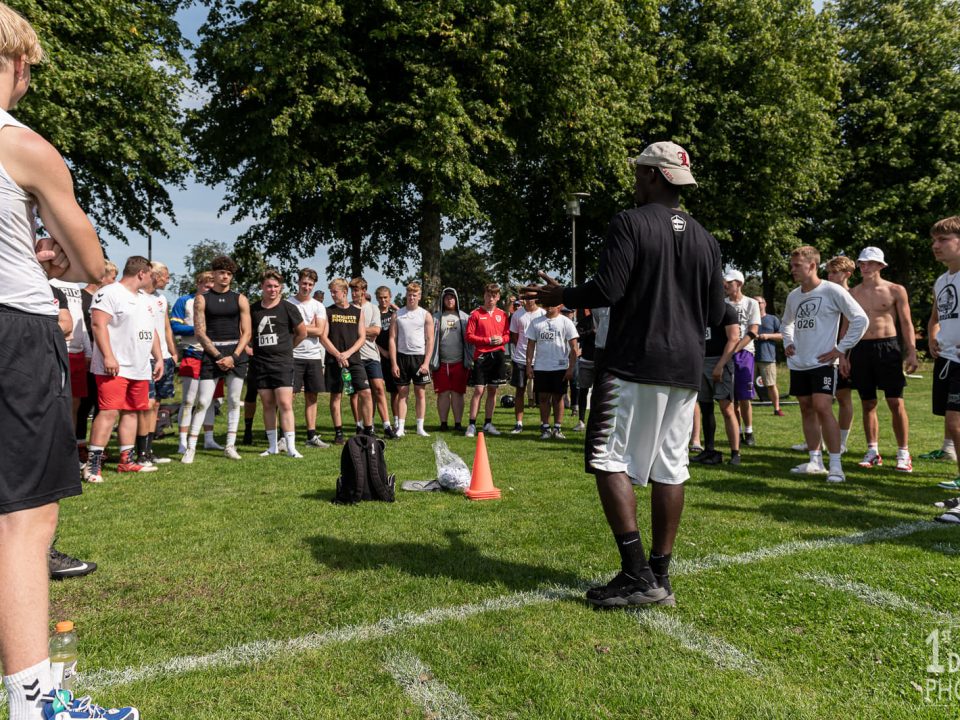