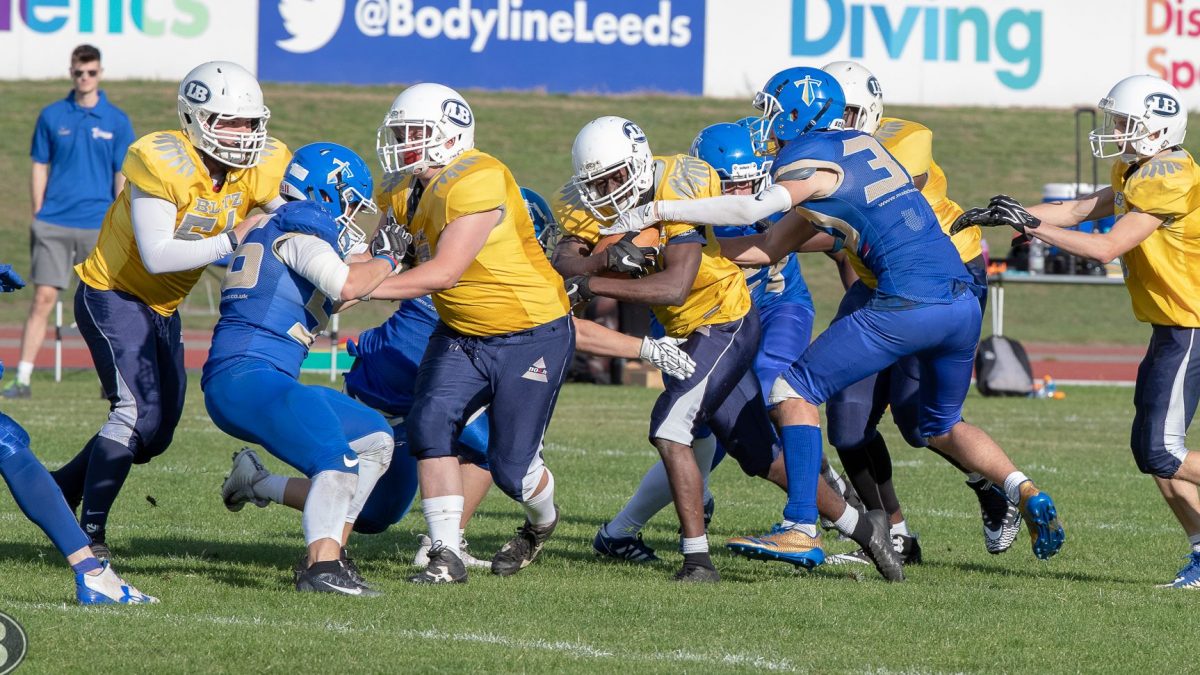 This weekend, the Under 19s Britbowl took place between the reigning national champions, the London Blitz, and this year’s Northern upstarts, the Manchester Titans who made their first ever final performance. A spirited performance by the Titans limited the Blitz offence, but to no avail, as the London team came out as 24-7 victors!

The Blitz offence came out strong in this one, putting themselves three scores up by the second quarter. A behemoth offensive line caused the Titans fits, despite the best efforts of ‘tackle-everything-in-sight’ linebacker Nathan Groom. Behind this Nicholas Dolbaia was able to cause havoc, with his incredible agility. He opened the scoring with a 65-yard scamper, which remarkably was only a small part of his incredible 178-yard, two touchdown performance, that led to a well-deserved MVP award. The line continued this work and forced in a further two rushing scores from close range. The Manchester defence stiffened in the second half, limiting the Blitz to only a single score (again by that man Dolbaia) which gave their offence an opportunity to recover.

However, the Blitz defence were not in a forgiving mood, and did not slacken even when the victory looked assured. A monster performance by the line, led by Malachi Jameson, as well as some borderline unstoppable blitzing by the Blitz linebackers, gave the Titans no room to run and even less time to pass. This put the Titans in an unassailable position, with their only points coming from a blocked punt at the end of the first half.

With this result, the Blitz have won their 6th title in the last eight years at the junior level! Such an incredible dynasty is worthy of credit, but we must not forget the grit and determination shown by Manchester. After such an ascension recently, we are sure that the team will find its way back to the big game again soon, and challenge for the title once more!