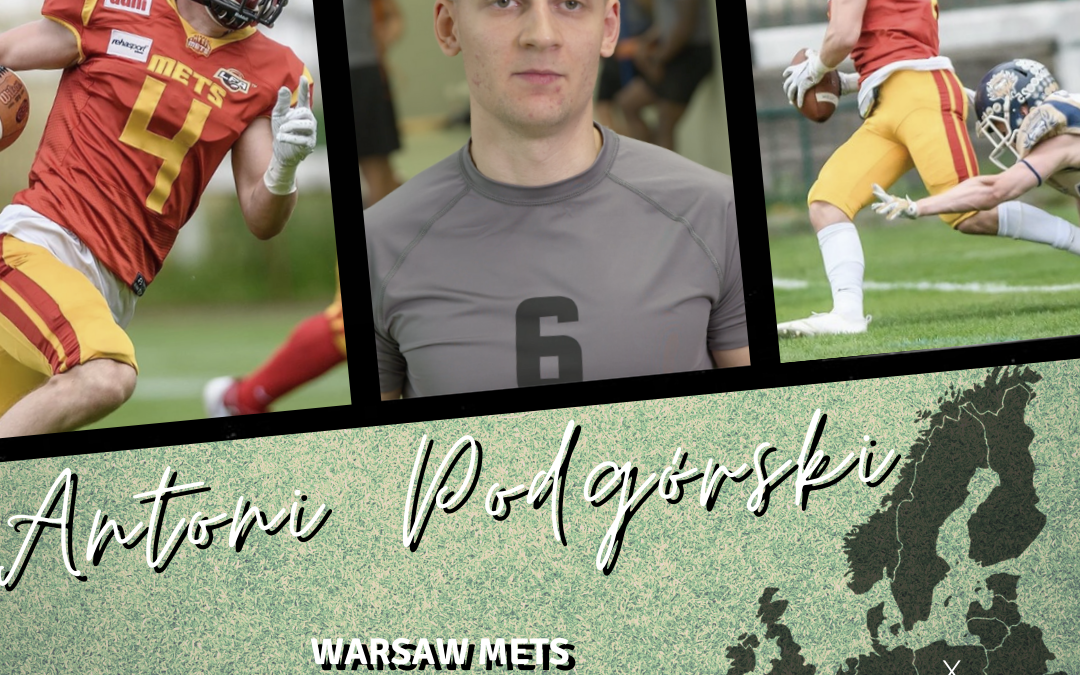 The game of football has truly become global over the past twenty years. Just in the last two decades, the number of football fans around the globe has risen tremendously. Much of this credit goes to the work of the NFL and their strategy to increase the popularity of the league around the world. Since the year 2000 NFL fans have seen numerous NFL games played in different countries and continents, and who can forget the league expansion of NFL Europe. Now it is commonplace to find NFL fans in countries such as China, Mexico, The UK, Germany, and even Poland. Naturally the rise in NFL fans in different countries, also initiates the hope for some athletes to possibly play in the league one day. Now what was once just a dream or an idea to play in the NFL, may become a reality for Polish native Antoni Podgroski.

Over the past few months, Podgroski has participated in the NFL’s international pathway program along with nine other athletes that are native to the United States. Podgurski is a 22-year-old Wide Receiver that is originally from Wyszkow, Poland. Like many other international athletes, Podgroski has not been playing the game of football for a long time. But in just a short amount of time, Antoni has proven himself to be one of the most explosive skill players in Poland and all of Europe. Another thing that makes the journey of Antoni Podgroski special, is the fact that he has been competing for a club that is only two years old, the Warsaw Mets.

With little to no surprise, many of you may already know that there have not been many athletes in the NFL that are from Poland. Arguably the most famous NFL player from Poland is veteran Kicker Sebastian Janikowski. Janikowski has spent roughly 19 seasons in the NFL , primarily with the Oakland Raiders where he earned the nickname “ The Polish Cannon”. Antoni Podgroski may not be a Kicker with a cannon for a leg. But he definitely is an explosive athlete who hopes to join the small fraternity of Polish athletes to play in the NFL.