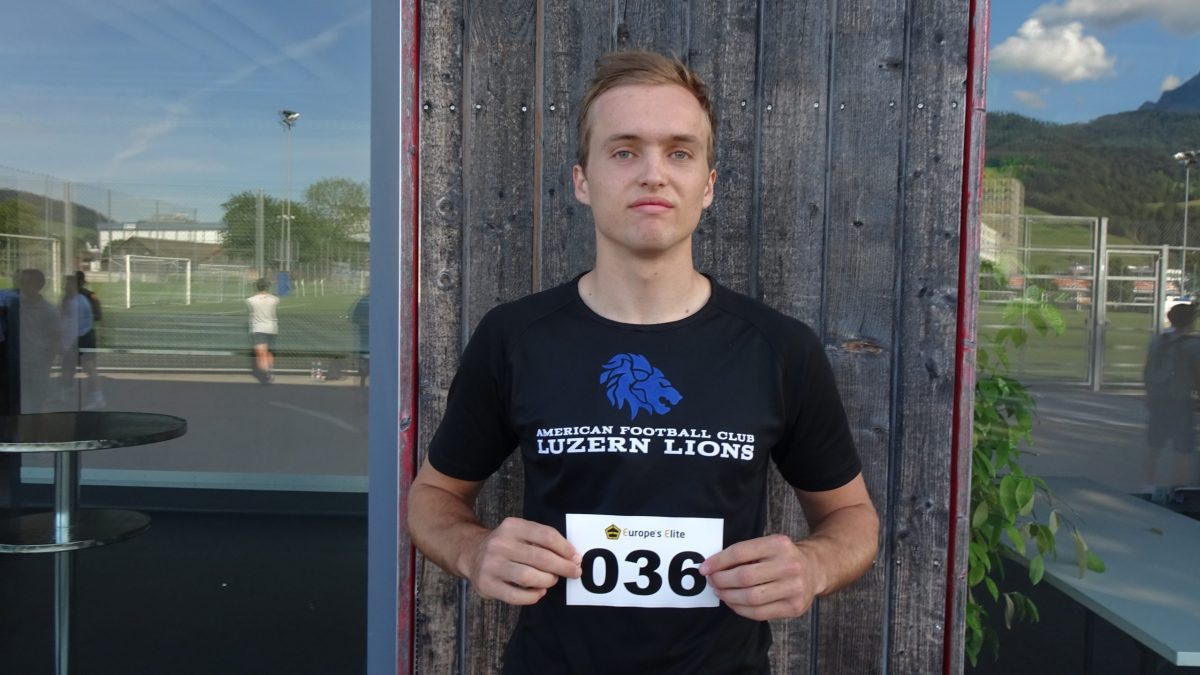 Many football players refer themselves as athletes who can play at any position, but not very many of them have proven it the way Nathan Tompsett of the Luzern Lions and formerly DSHS Blue Devils of Davis California. Featuring at Quarterback, Wide receiver, Tight end, Safety and Defensive end, Nathan has left no doubt that he will impact the game in various situations and predicaments. Continuing from this, he has good size to play all of the above positions, standing at 6’3ft and 195 lbs and with a 35-inch vert and 2 reps of 225 he certainly has a skill set that translates very well into his “Utility” role that his coach has bestowed on him, this term was popularized and his now becoming more viable to NCAA and European coaching staff.

While situated at the Quarterback position he shows special arm talent, deep fades and corner routes looking effortless and he puts the ball in the only place the Wide outs can get it. Regardless of pressure from defenders, he still can deliver darts on the run to his players and shows increased mobility in the pocket over the years of play and experience. Furthermore, the touch and finesse he has when throwing over the shoulder of the target is truly elite level and isn’t seen often from even the highest of talents ranked in the top of their respected classes.

This level of accuracy is a rarity to find generally in Quarterbacks, even more so when it isn’t his sole role. It is where he is predominantly placed in the system, but because of his abilities, he damages teams in a multitude of aspects. Moving to his next position we see him at Wide receiver, exhibiting high points and toe-tapping on the sidelines. He is using body control and his elite size at the position to glide past Corners and position himself in the best possible area to utilize his large catch radius. If this wasn’t enough to persuade the toughest of peers, at End he has great hand placement and leverages himself to execute perfect tackles and disrupt the run game of the offence.

During his time at Safety, he has returned 100-yard Pick 6’s (and other Interceptions) using fantastic timing and a clear understanding of offensive schemes from his time on that side of the ball. Just for extra clarification, he has caught Touchdowns as a target, lining up across the front. It’s undeniable that he has a special talent that gives infectious energy to his team and has broken the mold of what a football player can be.