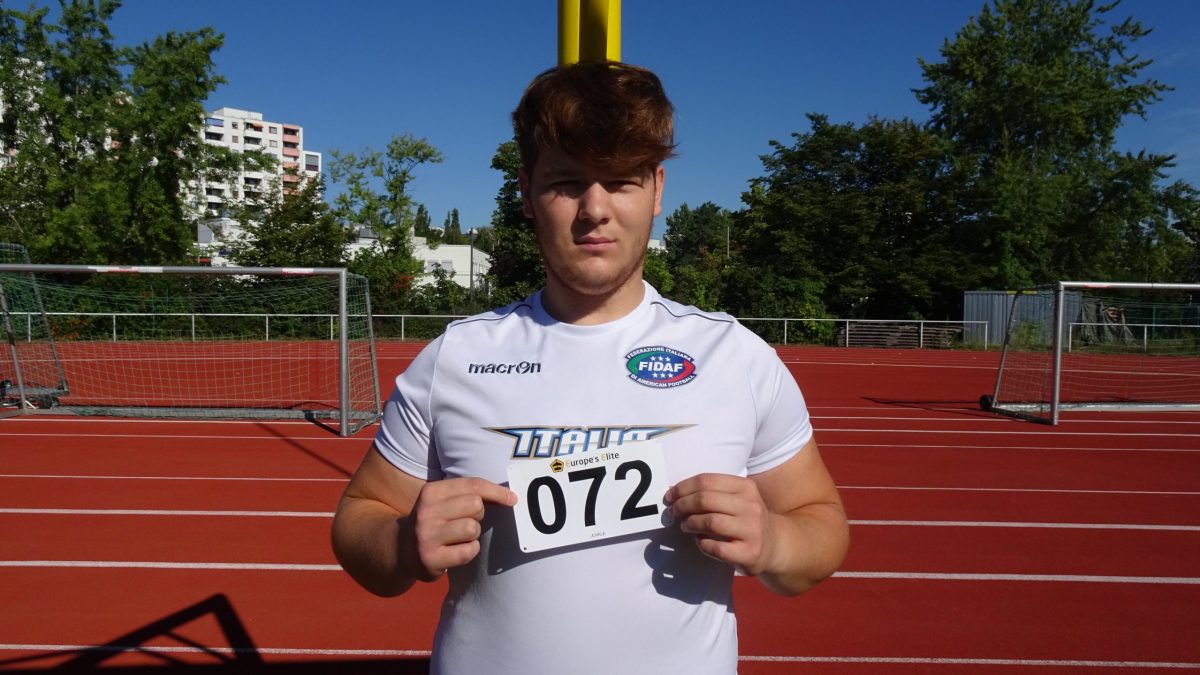 Versatility, strength, athleticism and intelligence are four key components that diverge the good from the great in the football world, combine all these factors and you have a force to be reckoned with. With the Parma Panthers located in Italy, formally Modena Vipers, Alessandro has been treating his opposition with reckless abandonment and proving himself to be among the top tier of elite European talent. The Italian international is already being noticed by high-level people throughout Europe, earning himself time against Norway for his country. It’s easy to see why, the 6’2.9 284lbs man evidently has the frame of an NCAA prospect but it doesn’t stop there, he has been blessed with all the four aforementioned qualities and this season he’s scheduled to go off this year and show everyone what he’s made of.

Staring at predominantly the Tackle position, Alessandro also dabbled in End and Guard. From the film, we can see he dominated in all facets of the game. The aggression he shows through his sharp and defined movement is nothing short of outstanding, physically throwing Ends into the turf with ease, pancaking his counterparts to protect his quarterback or picking up the rush concepts and quickly adapting to where he needs to be to fulfil his sky-high abilities. I believe he does his best work when he is allowed to prove his prowess in Tackle or Guard, he can pull to blindside an unsuspecting End as seen on the tape or he can be the anchor to a solid overall O-Line to fortify the left side. The early hype is extraordinarily strong from his recent performance at the Europe’s Elite Camps held around the continent, he showed he could compete with peers of the highest ability. Furthermore, Alessandro is only getting physically stronger and it’s visible on the tape. He is making big progressions on using the momentum of his opponents to have them overrun on the edge and finish the play underneath him, on the contrary to this he exhibits push strength that even reaches second-level defenders. Making him one scary individual to line up against, because of his wide array of weapons he can use to leave you embarrassed. Simply put, slot him in anywhere along the line and watch your offensive productivity drastically increase.

In conclusion, Alessandro is predicted to have a breakout season provided he can stay healthy. His goals for this season are simple, to grow in his position and to make an impact for his senior team. However, I believe he can do better than that, I think he could certainly be a difference-maker in a championship team. His skill set is so broad and diverse that players like him are always the secret pieces of the puzzle and key aspects that get teams through the playoffs and into glory. The sheer size and effortless flow he has will no doubt have him seen among the most feared linemen throughout Europe, possibly the NCAA if he is given the opportunities to contribute.