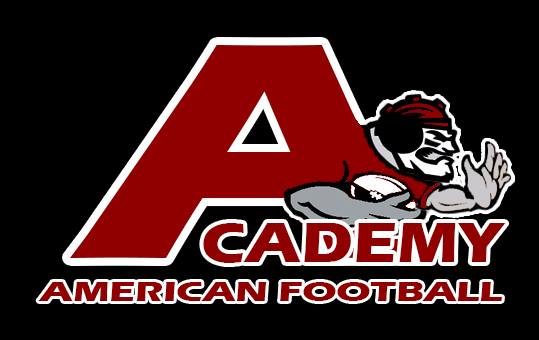 The American Football Academy of Sweden has been producing tremendous talent over the years with their unique structure of education and football. The academy in still young only being around for a little over five years but in those five years the academy has excelled and is the place to be in Sweden if you desire to take your football skills to the next level. The man leading this academy is Swedish born Magnus Alnesjö under his leadership he overseas the day to day football operations. Coach Alnesjö shared with us some insight of the history and success of the school.

How long has the academy be in operation?

American Football has been at Arlandagymnasiet from around 2005. It did however turn into something totally different in 2012 when Robert Johansson (RIG Tigers) took over the program and started turning it into what it is today. This is around the time I came in as well as an assistant coach, when coach Johansson left for RIG I took over the program in 2013.

Whose idea was it for the academy?

It was originally started by B.D Kennedy (Carlstad Crusaders) but didn’t become known as the American Football Academy of Sweden and became a certified NIU before 2011 when coach Johansson came in. I would say that the program owns a lot to the vision he (Robert Johansson) had when he took over the program.

Can you tell us about your football history and background?

Growing up in Sweden American Football was something you saw in movies such as The Blindside or Remember the Titans. I didn`t even know football was played in Sweden until I started in my early twenties after couple of friends invited me to go watch a game with them, the day after I started practicing with one of the teams, STU Northside Bulls.

When I got injured after only 2 years playing and ended up in a cast I wanted to keep developing as a football player and not only an athlete so with my background in working with athletes I got into coaching in one of our junior teams. I ended up wearing a cast on and off for about 2.5 years after the injurie but stuck around coaching. I did eventually make a one season comeback but we really shouldn’t talk about that, by this time I think I figured out that I was in love with the game in every way and not only the playing aspect of it and saw a higher potential in coaching then playing.

What are the goals for players at the academy?

The goal of American Football Academy is too give kids an opportunity to succeed booth academically as well as athletically. No matter if this goal is College in the US or if it’s to play for the National Team and have a successful career in Sweden. We aim to give them the tools to succeed booth on and off the field this is why we always strive to instill them with mental toughness, accountability, work ethic and to be coachable.

What does an average day for a player at the academy look like?

Practice is divided into several different blocks of strength and conditioning or football as we strive to prepare them for college we attempt to get as close to the high school experience as possible. Due to them not playing games with us but rather their club teams we have to take this into account we also have kids that travel between 5 minutes but during the off-season it looks something like this.

It depends a lot on where the kids live, we have some that live 5 minutes away and others that are about 1.5 hours away.

I would say overall most of our students get up at 6 in the morning and then head out for practice at around 7, about 30 min travel and then practice starts at 8:00.

Lifting for 1.5 hours until 09:30 then hit the showers and head over for the first class at 10:10, the school is about a 5-10-minute walk away from the field and gym. Classes go on until somewhere between 1:30 and 5:00 p.m., so after finishing up your classes your day can differ a bit. For example, I have some kids on Thursdays that finish their last class at 3:50 and then they head over to the gym for a shorter lifting session then back to school at around 5 for 2 hours of study hall and dinner then they head home at 7:00 for some free time and bed.

On an average I would say our kids have about 1.5 – 2hours of free time during the weekdays the rest is filled with practice and studies. I always make sure they have one day a week free from school and practice usually Sundays so they still have time for friends and family.

How many players are attending the academy now?

Currently there are 12 that attend the program as students and then we often have a kid coming back for practices after graduation as they prepare to head off for college. Currently we have a guy who graduated from us last year who is working out with us in the mornings and then working afternoons who is now in the states for 10 days to visit a few different schools and hopefully come back with a few different offers.

Can you speak about some the success rate of players at the academy?

From the time I got into the program five years ago we have had at least one graduate head off for college every single year. Samuel Wretman only did a year with us and then went off to high school for two years and ended up with a scholarship so he is currently attending Rutgers University. We have about 70-80% of all our players getting invited to the national team camps every year and most of them making the team as well.

Here is a link to the schools Facebook page: