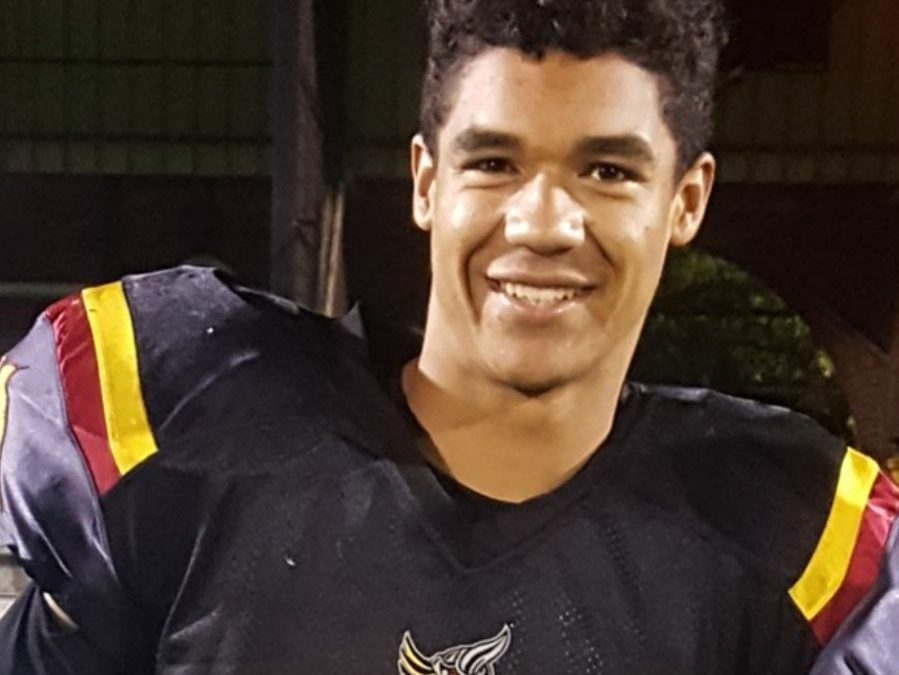 Sylvain Hyk started playing football with the Brussels Bulls a little more than 3 years ago and is starting to develop into a college prospect.  Sylvain credits his development to 3 coaches “With the Brussels Bulls, in my first year, coach Rusch Moritz taught me the basics of American Football and made me appreciate this sport. At the end of my first year and beginning second year, I met coach Christian (from the Black Angels) who made me realize how great this sport is and also how to be a better DE. During this second year, I met coach Klaudiusz Cholewinski (from the Black Angels) who saw how gifted I was. He took me under his wing and helped me grow as athlete and player. Thanks to him, I did a combine to get on the national team. I played with the Belgian Barbarians and from there on, everything began really for me” said  Hyk.

EE: What’s your best attribute  and why should a school recruit you?

Sylvain: I think first that I am a worker, I am always doing my job at 100% and don’t give up! I am a team player… it’s really important for me to be part of a team and to motivate my teammates. Finally, I am strong as a DE has to be but also fast and that’s not given to all DE’s. That’s what everybody always says about me.