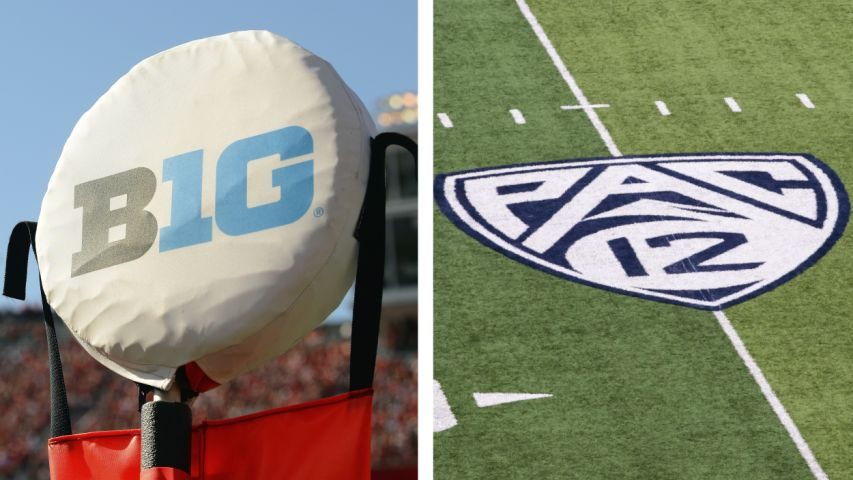 The Big 12 Conference, following a meeting on Tuesday, still intends to have a fall football season, according to reports from Yahoo! Sports and ESPN. Both outlets cite unnamed sources.

When reached by CNN on Tuesday night, a spokesperson for the Big 12 said that details would be announced Wednesday morning.Earlier Tuesday, the Big Ten and Pac-12 conferences said they would not play football in 2020, but both leagues hope to play football in the spring.

“As time progressed and after hours of discussion with our Big Ten Task Force for Emerging Infectious Diseases and the Big Ten Sports Medicine Committee, it became abundantly clear that there was too much uncertainty regarding potential medical risks to allow our student-athletes to compete this fall,” the Big Ten Commissioner Kevin Warren said.

“Everyone associated with the Big Ten Conference and its member institutions is committed to getting everyone back to competition as soon as it is safe to do so,” the commissioner said.

University of Michigan Athletic Director Warde Manuel said the conference “will continue to evaluate a number of options” regarding fall sports, “including the possibility of competition in the spring.

“The postponement of the 14-team conference’s 2020 football season will put a hold on some of college football’s oldest and most heated rivalries, including “The Game,” an annual November showdown between Michigan and Ohio State.

The bitter Big Ten rivals have played 115 times, dating back to the series’ origin in 1897. This fall will mark the first time since 1918 that the Wolverines and Buckeyes won’t battle on the collegiate gridiron.

Big Ten football is rooted in long-standing rivalries, each marked by colorful trophies, including Paul Bunyan’s Axe (Minnesota vs. Wisconsin), the Old Oaken Bucket (Indiana vs. Purdue) and the Land of Lincoln Trophy (Illinois vs. Northwestern).With the coronavirus-forced postponement of the season, none of these infamous football fixtures will change hands until at least 2021.

The decision to postpone fall sports comes less than a week after the Big Ten announced a restructured 2020 football schedule with a 10th conference game added for all schools amid a season that would extend from as early as Sept. 3 through Nov. 21.”The health, safety and well-being of our student-athletes and all those connected to Pac-12 sports has been our number one priority since the start of this current crisis,” Commissioner Larry Scott said in a statement. “Our student-athletes, fans, staff and all those who love college sports would like to have seen the season played this calendar year as originally planned, and we know how disappointing this is.”The Pac-12 announcement says competition won’t resume until next year, meaning its basketball teams and other winter sports programs won’t play until 2021.Scott told reporters: “We cannot bubble our student-athletes like pro sports can. We’re part of broader campus communities, student-athletes are living with peer students on campus, interacting.”

Not everyone is happy with decision

Officials at Nebraska, one of the winningest college football programs, were upset by the move.

“We are very disappointed in the decision … as we have been and continue to be ready to play,” the chancellor, university system president, athletic director and football head coach said in a statement.”

“Safety comes first,” they said. “Based on the conversations with our medical experts, we continue to strongly believe the absolute safest place for our student athletes is within the rigorous safety protocols, testing procedures, and the structure and support provided by Husker Athletics.”

Head coach Scott Frost told the media Monday that the Cornhuskers would explore other options to play this fall if the Big Ten moved or called off the season.

“We want to play no matter who it is or where it is. So, we will see how those chips fall,” he said. “We certainly hope it’s in the Big Ten. If it isn’t, I think we are prepared for other options.

“Justin Fields, a Heisman Trophy favorite and a quarterback at Ohio State of the Big Ten, tweeted the acronym: “Smh (shaking my head).

“President Donald Trump on Tuesday called for teams to take the field.”These are young, strong people,” he said at a White House news conference. “They won’t have a big problem with the China virus. So, we want to see college football start and hopefully a lot of great people are going to be out there, they’re going to be playing football and they’ll be able to fight it off.”

Dr. Doug Aukerman, the senior associate athletic director for sportsmedicine at Oregon State, said the decision makers were very concerned with several things.One is that coronavirus is still prevalent in many of the cities where the Pac-12 schools are located. He said the metrics show the pandemic is not well controlled at this time, which is only weeks before the season was to begin.

“The other issue is that there is some emerging data about some health risks that affect athletes and, specifically, cardiac side effects of potential Covid infections,” he told reporters.

“We don’t know enough about it, so we became more concerned about that.”Dr. Jonathan Drezner, the director of the Center for Sports Cardiology at the University of Washington and a team physician at the school, told CNN’s Brianna Keilar that about a dozen college athletes have gotten myocarditis as a complication from Covid-19.

He said in past patients it can lead to scar tissue within the heart.”That scar tissue can be a focus for an arrhythmia or even sudden cardiac arrest,” he said. “And so it’s raised a lot of caution flags. We still have a lot to learn on this. But we’re certainly concerned.”

Three big leagues yet to decide

The ACC and SEC — the two other “Power Five” leagues — have yet to declare how they plan to proceed amid the Covid-19 pandemic.Leaders from the “Power Five” conferences met over the weekend to discuss postponing the football season and other fall sports, according to reports from multiple sports news outlets including ESPN, Sports Illustrated and CBS Sports, who all cited several sources.

The SEC — college football’s premier top-to-bottom conference — is reportedly actively recruiting other schools to join the league in an effort to proceed with the season.Commissioner Greg Sankey said he wanted to examine the Big Ten and Pac-12 decisions.

“I remain comfortable with the thorough and deliberate approach that the SEC and our 14 members are taking to support a healthy environment for our student-athletes,” he said in a statement.

“We will continue to further refine our policies and protocols for a safe return to sports as we monitor developments around Covid-19 in a continued effort to support, educate and care for our student-athletes every day.”

The ACC on Tuesday said it was pleased with the protocols in place at its 15-member schools but gave no information about whether it is considering postponing any sports.

“The ACC will continue to make decisions based on medical advice, inclusive of our Medical Advisory Group, local and state health guidelines, and do so in a way that appropriately coincides with our universities’ academic missions,” the league said.

Over the weekend a collection of players from schools representing all five of college football’s major conferences joined up on a video call to discuss the state of their sport. The result was a statement of unity, calling for better safety and health protocols coupled with a commitment to move forward with the season amid the global pandemic.Trevor Lawrence, another Heisman Trophy frontrunner and quarterback for the top-ranked Clemson Tigers, shared details of the pact on twitter, along with the hashtag #WeWantToPlay.

Over the weekend, the Mid-American Conference announced that it was postponing its fall sports schedule due to the coronavirus pandemic, becoming the first conference from NCAA’s top tier Division I Football Bowl Subdivision to postpone its football season.Outside of football, the other fall collegiate sports include men’s and women’s soccer, field hockey, and women’s volleyball.In March, the NCAA canceled what remained of the winter and spring sports seasons.Earlier this month, the NCAA’s Division II and III canceled their fall sports schedules.