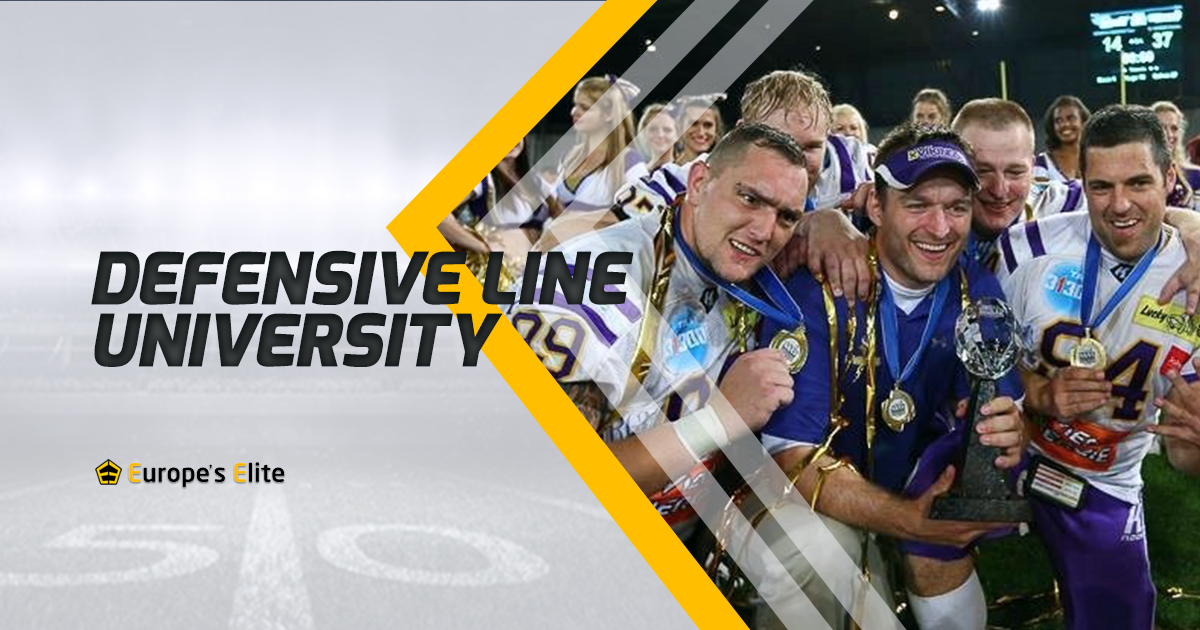 Coach Mike Latek is the founder of Defensive Line University which is a platform specialized in teaching Defensive Line drills and tips. Coach Latek is the Defensive line coach for the Vienna Vikings where he molded and coached Maxi Hradency who is headed to play college football at Duquesne University. Coach Latek is also the Defensive Line coach for the Polish National team. His impact has been felt with his players there as well, several of his players have signed to play with teams outside of Poland this season. These players success is a testament of the great work coach Latek does in getting the best out of his players. We had the opportunity to interview coach Latek and he shared his story of DL University.

THE BEGINNING
In the last several years, I’ve received a lot of messages from coaches throughout Europe asking me to share Defensive line specific drills and coaching tips. It became cumbersome to manage all of these requests. To manage these request, I created DL University as a centralized platform where both coaches and players had equal access.

In general, majority of European clubs ignore their trenches by only bringing in skill players who fans’ see making the big plays. My philosophy is that if you have a disruptive defensive line, then the opposing QB has no time to throw or hand off the ball to his skill players. Games have always been won in the trenches, and that’s how I approach how I coach.

PASSING DOWN THE BASICS
I’m a firm believer in mastering and constantly refining the basics. A lot of guys want to see the fancy moves that they might see on TV, and they’re surprised that I put so much emphasis on the basics. I follow a process, which has always worked for me.

If you look at the Austrian national teams, the Vienna Vikings are a major pipeline of defensive linemen. Whether you’re playing for the men’s or youth teams, I expect every DL to ultimately make it onto the team. I’ve been lucky enough that we have a DL coaching tree where the youth players are coached by guys who I coached, so they’re able to pass down the knowledge to the players at a very young age.

POLISH NATIONAL TEAM DEVELOPMENT
As far as the Polish National Team, at my very first camp, only 2 players remain. I’ve brought in a lot of unknowns at the time who I thought had potential. Luckily my assessment was right with majority of them. Ultimately it comes down to the players. The ones who bought into the process have had major successes on the field. Half of my guys received offers to play for major clubs in Europe during the off-season. Most of them decided to stay in Poland with their club teams. One of the guys (Adrian Brudny) who I took a flier on during my first camp when he was only 18, and had very little experience, just signed to play with the New Yorker Lions. I’m very proud of him and also my other guys who in my mind aren’t just the best DL in Poland, but some of the best players!

THE FUTURE
Ultimately, I’d like to run more camps, but it’s time consuming coaching the Vikings, Polish national team, and having a normal career. Nevertheless, the response has been fantastic, and more clubs across Europe are showing interest in developing their DL.