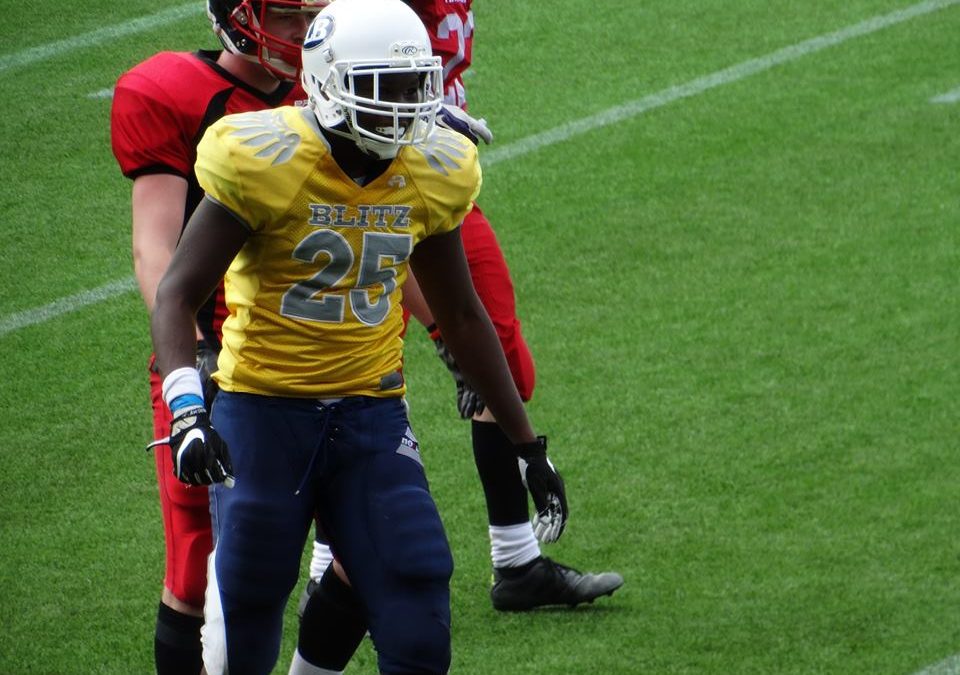 Domonyc Steer the 6″2, 200lb LB from the UK is starting pick up interest from college coaches.  After his team the London Blitz were featured during the super bowl coaches noticed the standout LB. ”I have been playing football for 5 years now and I know I can play at the next level. I have had many influences like DSA (Dynamic sports Academy), training with friends who are in the states like Aaron Mahoney Jones and Germain Pelie” said Steer.

Steer has the frame of a college LB which is no surprise why he stands out on film. But it is not only his size that makes him attractive as a recruit, it is also the LB mentality he brings when playing.  ”My best attribute is my aggression and relentless attitude. I want to break any barrier which stops me from getting to the QB, RB and succeeding” said Steer..

Why should a school recruit you?