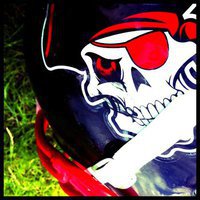 The spotlight falls on Scotland this week, as the East Kilbride Pirates face their traditional rivals, the Highland Wildcats, for their first of three meetings between the clubs this season.

The Pirates started their season off with a bang, defeating the Birmingham Lions (who at the time were the 3rd ranked team in the UK) 38-12 in a display of dominance in all three phases of the game.

The Pirates’ offence relies heavily on the arm of superstar QB Sam Montgomerie. After putting up over 300 yards and six touchdowns in last year’s Britbowl, the young gunslinger has only got better in his offseason according to HC Matthew Davies. Pairing this with a wide receiver corps which is arguably the team’s best unit, boasting playmakers in the form of Struan Bailey and Fraser McDonald, gives EKP an aerial attack to be feared. Indeed, Wildcats HC James Hudson agrees that ‘slowing down their passing game will be key’ for Highland to come out on top.

The Pirates are no slouch on defence, however. In fact, they boasted arguably the best defence in the nation in 2017 (if not statistically, then take the word of someone who played against them: they really were that good). It seems that this level hasn’t dropped in 2018 either, with EKP shutting out the Lions in the first half, and only conceding after much rotation of their squad. Look for Ben Gallagher and Safety Callum Ferguson to be enforcers on the front and back end of the defence respectively, and ensure that any yards the Wildcats make are hard fought.

The Wildcats, meanwhile, started their season off last week with a 28-8 victory over the Merseyside Nighthawks. Whilst they are remaining tight lipped ahead of the game, Coach Hudson believes that team cohesion will be the deciding factor in defeating the Pirates. Highland have great pedigree with them, however, having not lost to any side other than EKP for over two years. Whilst this could make the Pirates a ‘bogey team’, the Wildcats are confident in their players to get the result that eluded them last season.

Such a staunch rivalry is bound to create a barnstormer of a game, with all players going tooth and nail to fight for victory. Will this be a repeat of last year’s domination of the fixture by EKP, or with the Wildcats throw a spanner in the works for the defending Scottish champions? We will eagerly await the answer this weekend.