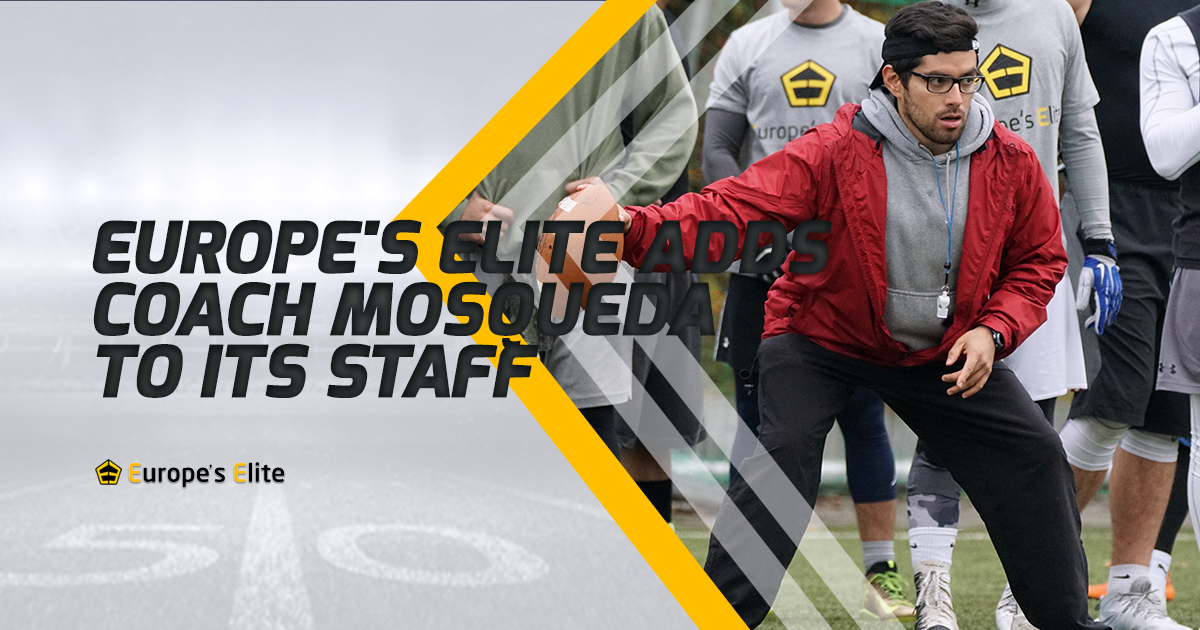 Europe’s Elite is proud to announce Coach Mele Mosqueda as its regional scout for Germany and he will take over the duties as the Strength and Conditioning Coach.

He originally began his career in Germany as an import player and coach for the Allgäu Comets (2013 – Defensive Back). During that season, the team captured the GFL-2 South Championship and won Relegation in order to move up to the first league.

He began his coaching career in Europe  back in 2014 (after a career-ending knee injury) with the Allgäu Comets (GFL-1) and served as their Secondary Coach and Strength & Conditioning Coach from 2014-2015 and 2016-2017 seasons. In addition to his current Secondary responsibilities with the Bavarian Warriors, Coach Mosqueda also served as the Defensive Coordinator back in 2014. In 2015 he coached Running Backs in Kiel with the Baltic Hurricanes and won the 2015 EFL Championship. With the Hurricanes, Coach Mosqueda also served as Defensive and Special Teams Assistant Coach during the 2015 season.

In addition to coaching, Coach Mosqueda is also the CEO and Founder and Sports Director of Rage Performance Systems, which is based out of Munich. With RPS, he offers athletes of all ages (you-professional) specified training programs for their given sport; in addition to group training, speed camps, nutritional plans and seminars for athletes and teams looking to train their athletes at a high-competitive level. Within 6-months RPS has been able to not only establish itself in Germany, but also expand throughout l Europe and has athletes from multiple countries who he works directly with.

Europe’s Elite is very excited to have Coach Mosqueda on our staff.