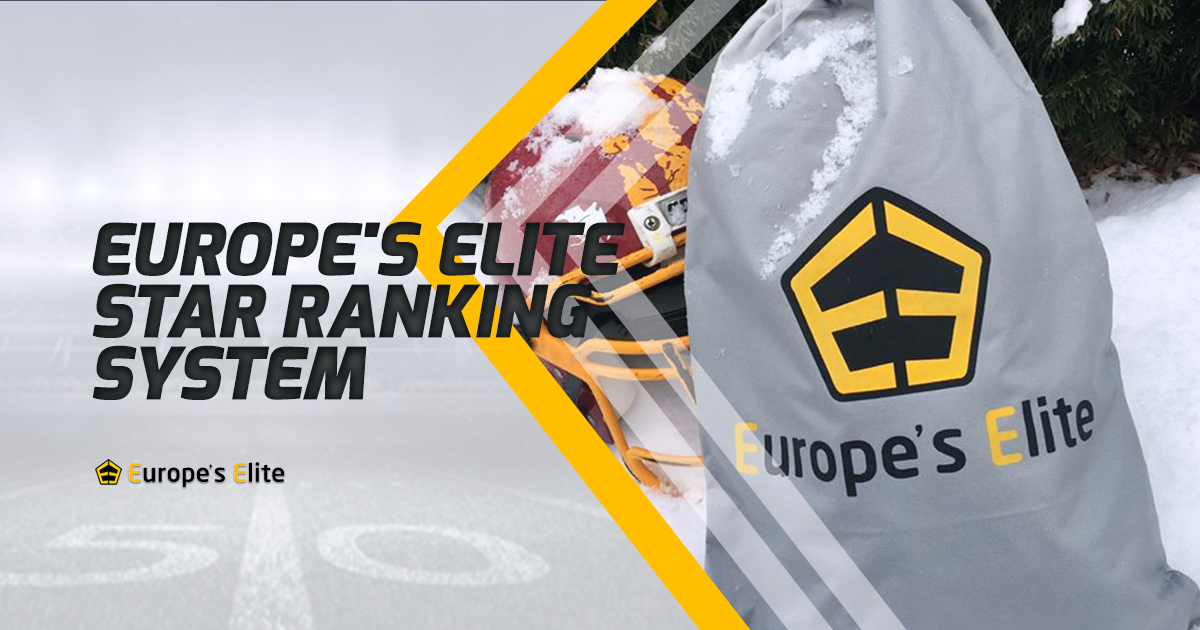 Europe’s Elite is ready to release its system of ranking its top prospects, across Europe and more, through the camps it has held and are conducting in the future. We are now ready to rank the players through our very own unique star system.

Stars have become an acceptable idea of ranking players. Players have generally been ranked by stars for the past two decades and can be used as accurate way of depicting the talent level of prospects. This is a great way to tell if a player is Division-III (D3), Division-II (D2), Football Championship Subdivision (FCS), and Football Bowl Subdivision (FBS).

Here we will tell you how the rankings are distributed:

A Two-Star athlete is a sleeper athlete. They’re under the radar and there is belief that this player has great room for growth. This athlete is definitely a solid D2 prospect.

A Three-Star athlete is an athlete with the ability to play at the highest level in college football. Whether it’s the FCS level or the FBS level, if you find the right system, you will be able to make an impact at the next level.

A Four-Star athlete is an athlete that has proven a lot on the field and is what we consider a major prospect. The athlete is one of the top prospects in their region and is expected to have the opportunity to make an impact right away with pro potential.

***Disclaimer-Although you may have a star ranking, it’s not set in stone. You’re ranking can change from time to time. If your star ranking isn’t what you expect does not mean we don’t believe in your abilities. We will continue to help everyone the same-Disclaimer***