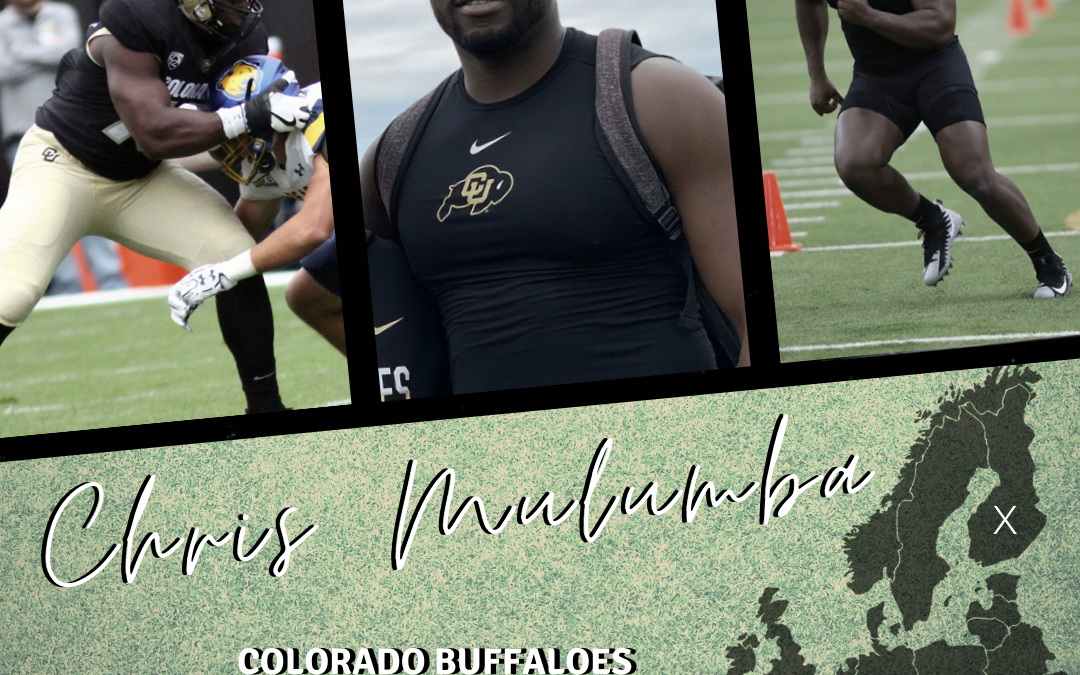 As the date of the upcoming NFL draft approaches, everyone around the world is being forced to take a different approach to prepare for this year’s draft. It is no secret that the coronavirus has impacted everyone around the globe in various ways. Although the hopes of having a full football season here in Europe seem slim to none. There is a group of nine young men who hope to receive a phone call between April 23 & April 25th, to have the opportunity to play in the NFL. For the past three months 9 international athletes have participated in the NFL Pathway Program, 6 of which represent a European country. Defensive Lineman, Chris Mulumba of Finland is one of the chosen few who hopes to receive a phone call on draft day and an opportunity to play in the NFL.

The 6’4ft and 290lbs, Mulumba was born and raised in Helsinki, Finland. His family originates from the Republic of Congo. Unlike many of his peers in the Pathway Program, Chris did not grow up playing the game of football at a very young age. Growing up in Finland, Chris was actually a well-recognized wrestler and a Judo champion. As he got older he eventually joined the Helsinki Roosters men’s football team and fell in love with the game. After his time with the Helsinki Roosters and after finishing high school, Chris enrolled in a Diablo Valley College, a Junior College in the state of California. After spending two years at his junior college, Chris soon earned a scholarship to play for the University of Colorado.

Chris’s football journey is a story of perseverance. His entire life journey to this point can be used as a source of inspiration for many athletes from all around the world. Chris has had to deal with some of the same challenges in football that many athletes in Europe must go through. He had to learn a new sport, a new language and, a new culture , in order to achieve his dreams. All while coming from a country where many athletes simply go unnoticed.But now he is one step closer to being selected to compete for the best league in the world.