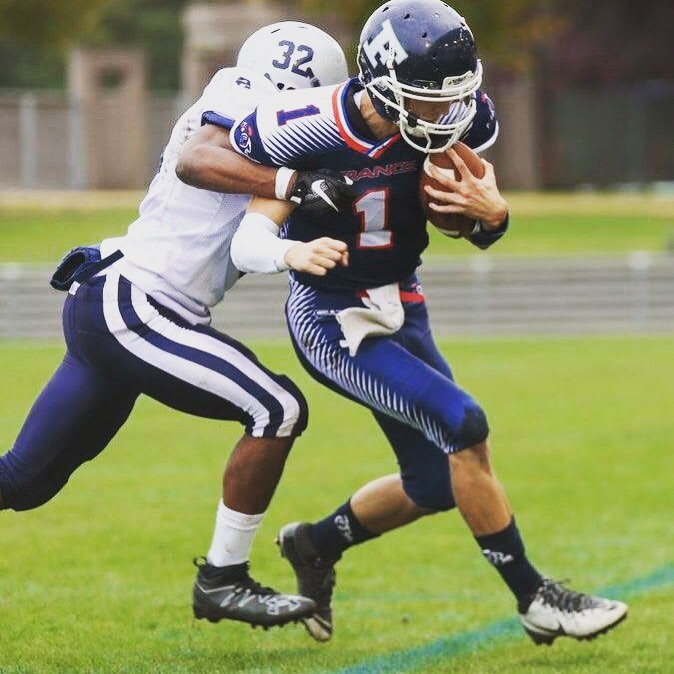 Alex Ngunjoh 20 (CB & FS) is the most recent European athlete taking their game to the next level. Having been offered a full scholarship to Florida International University we had the chance to sit down and get to know him a little better.

Alex, who has been playing for 4 years started in the Bristol Academy Community League and after being persuaded by Head Coach Benjamin Herod joined The PRIDE. He became a starter in his first year due to the raw athleticism and managed to get himself a decent amount of highlights against some of the best teams in the UK and The French U19 Academy. The young bristolian has since gained a better understanding of the skill set a DB requires and how to play the position since his first year at the PRIDE. Alex told us he is extremely self motivated, in only his first year of playing football seriously, he has since been offered the chance to play football at a Division 1 Programme. Alongside his physical ability, Alex will also be majoring in Mathematics. With an amazing blend of brains and brawn, this young man has a bright future ahead of him and we wish him the best of luck in the next year.

Check out his highlights below: