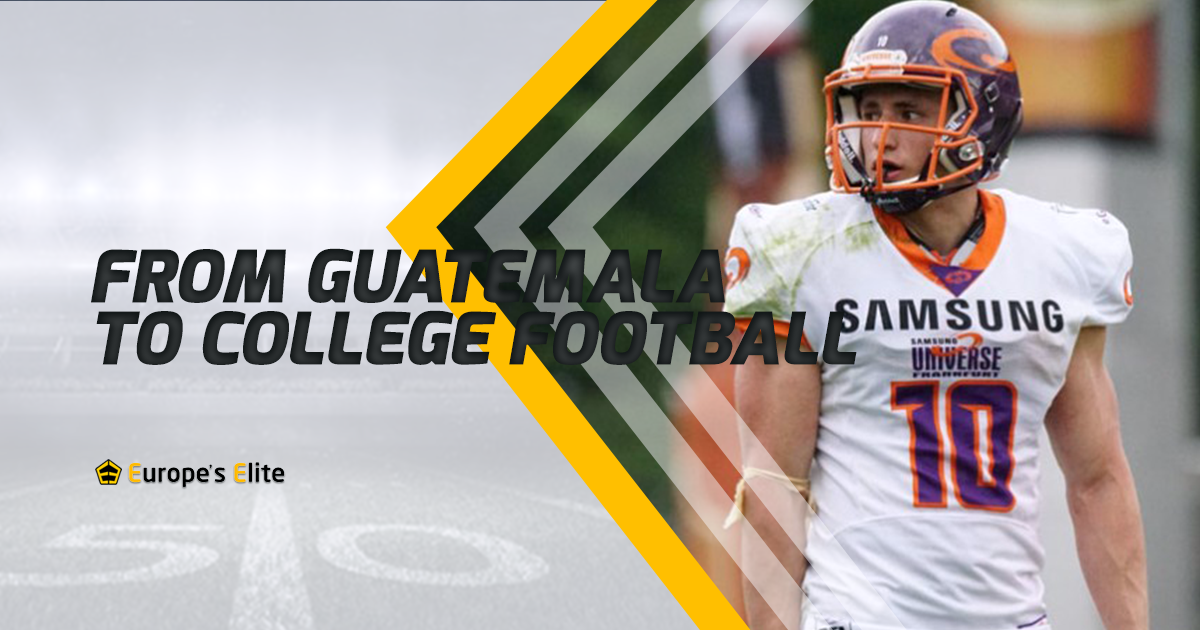 David Giron will be joining Europe’s Elite staff as a regional recruiter for Spain and Germany. Giron knows the feeling of growing up in a country where American Football is not the main sport. Coach Giron Story is one of determination and the willingness to never give up on your dream.

Here is his story:

“I was born in Guatemala and was raised playing soccer. At the age of fourteen I started watching football on TV and fell in love with the sport. I knew realistically I had no chance of ever playing the sport specially coming from Guatemala. Regardless I started training for football and just kept my dream of playing one day. For about two years I wrote to private schools, public schools and even Universities to find a way to go to the US and play Football. I probably wrote thousands of emails to random people in the US and two years later one high school offered to help. They found a host family and helped with my paper work to get a student VISA. My dream came true. I went to the US played at Nolan Catholic High School where I won a State Championship.

After my two years in Texas I went on to play at Western Carolina University. My dream became a reality. I had the chance to play in places like Alabama, Virginia Tech, Marshall between many other big universities. When my college career came to an end I wanted to keep playing, but the NFL was a long shot, so I ended up coming to Europe. Now I have been playing in Germany for three years and just keeping my dream alive. The journey was tough and I got overlooked by many teams. I was never the fastest, biggest, or even strongest, but hard work helped me get to where I am today”.

To all of the players out there Europe’s Elite is here to make sure you have a platform for your talents to be seen! Coach Giron has a message for all of you out there chasing your dream: “No dream is too big or impossible, hard work and determination will get you there.”