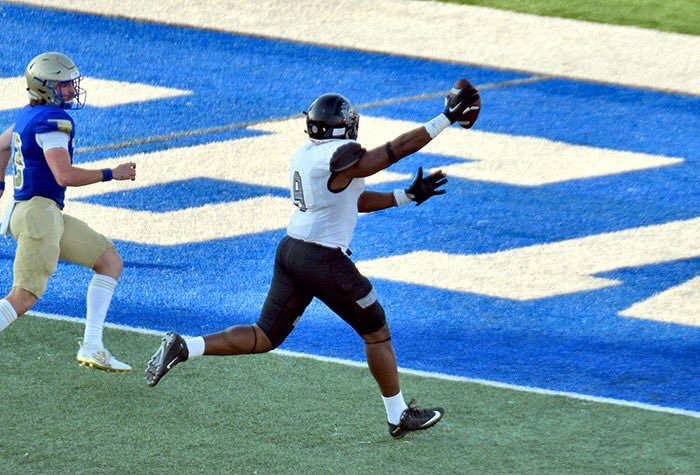 France is one country that is no stranger to producing amazing football talent. There have been numerous players from this country that have gone on to compete in the NCAA, Canadian Football League, and National Football League. The most recent star product from France is Hamilton Ticats Defensive End, Valentin Gnahoua. Valentin himself was actually the #1 pick in the 2019 CFL international draft. His story is just a quick example of the abundant amount of talent that is in France. Another French baller that is making a ton of noise at the JUCO level is freak athlete Junior Aho.

Junior’s home club in Europe is the Les Aigles Rouges of Nice, France. After leaving Europe to pursue his passion for playing football, it is clear that he is taking full advantage of his Junior College football experience. This 6’3ft and 255lbs athlete is currently attending New Mexico Military Institute and terrorizing Offensive Lineman at the Defensive End position. His talent on the field surely has not gone unnoticed as Junior was recently named to the all-conference team. This young man has also racked up a number of D1 offers. According to ESPN.com Junior has already received scholarship offers from Kent State, Minnesota University, Liberty University, Southern Methodist University and the University of Louisiana Tech. This is just a small list of schools that have offered Junior a full-ride scholarship, and we are sure there is more to come. Junior Aho, the once U19 national team standout and now JUCO product is doing big things in the US.