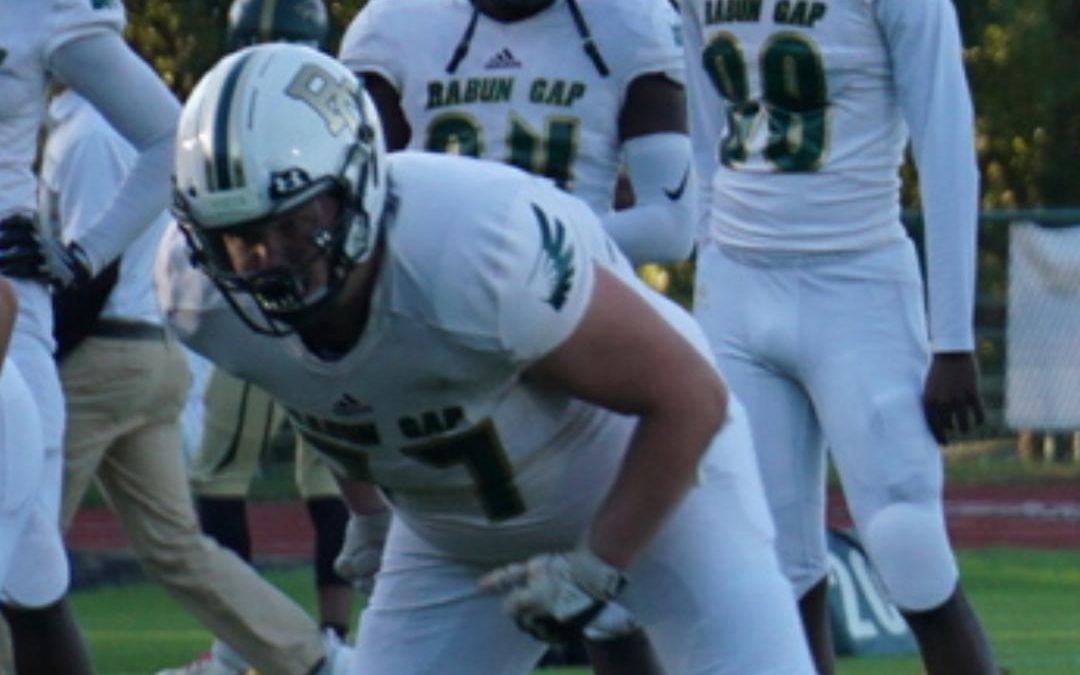 The allure of playing football in the US is not all about going from Europe straight to D1. Many young athletes from Europe have discovered an alternative route to college football by 1st attending a US high school. Now it is true that some young people simply want to go to the US for a long vacation that they can make cool social media post about. But there is a rare amount of athletes that take full advantage of this opportunity to display their athletic ability on American soil. Just last month we feature another special athlete that is playing high school football in the state of Georgia, Martin Haugerud. Both Martin and today’s athletes attend the Rabun- Gap Nacooche Boarding school which is no stranger to international athletes. In fact, the Rabun Gap school has several international athletes on their football roster this season. 2019 was a special year for the school as it was the first time in school history that Rabun Gap won the conference championship. But today is all about this Finish athlete big Niklas Gattiker. Niklas Gattiker is a young man from Finland that is making sure his talents are not ignored while playing high school football in the state of Georgia. Niklas is currently playing Right Gaurd for Rabun Gap Nacoohee Boarding School in Atlanta, Georgia. With only 3 years of total football experience, Niklas has been named to the All-Conference team along with several of his other teammates. This young man is making sure he and his family get a full return on their investment as he continues to make a name for himself in the US. Not many Universities know about Niklas just yet, but we are sure all of that will change soon. Learn more about Niklas below.

What is one thing that you would say makes you different from many other recruits in your position?