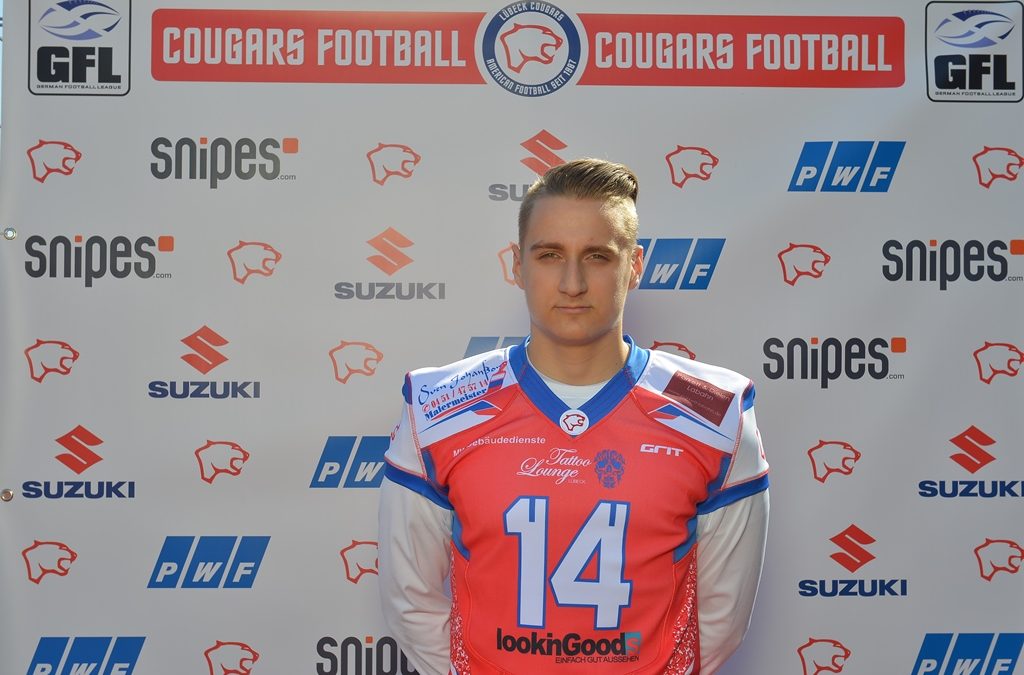 Henrik Wolk is a 6’1 190 QB from Germany who played for the Lubeck Cougars last season. Henrik started playing flag football in 2010 before putting on the pads and diving into tackle football. ”When I was allowed to put on pads and helmet I was instantly joining the youth tackle football team, although I began as a receiver for one season (2014) I switched to QB the following season and started at that position ever since”. 2018 will be Wolks second year in the GFL Jourionrs .

Most influencial on my development were the QB Ranch from Texas (Nate Poppell, Joe Vela and Zach Robinson), Clifford Maddiso

Clifford Maddison, Jamie Dale who was my headcoach in the 2017 season and Casey Therriault.

My favourite QB is Marcus Mariota.

My best attributes are that I am a fast learner and am interested in all facettes of the game. This is why I also acquired the E-license for referees.

A college should recruit me, because they will get a dedicated athlete on the field and in the gym, without losing a scholarship for an american student… In case I achieve my goal to receive a scholarship.

Check out Henriks 2017 highlights below: