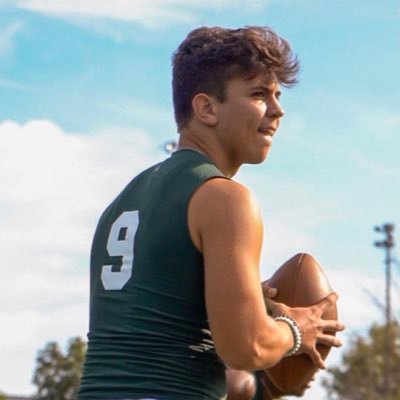 By: Stan Wilson of Europe’s Elite

The coronavirus pandemic has torn through society, affecting almost every area of life including the sport we love: football. The athletic careers of young men and women across the globe have been put on pause. This includes the Great British quarterback Justin Kowalak, who lost his junior year in high school to the virus. However this has not stopped him in his pursuit of greatness and a college football scholarship.

Justin’s football career started a 8 in the UK when he played for the Gateshead senators in the Northeast of the country. However at 14 years old, with the aim of playing college football, he took his Talents stateside to play High School football at Crystal Lake South. In his freshman year, he arrived in the summer before the fall season kicked off and sadly missed the spring workouts, so there was already a signal-caller in place on the varsity side. This did not set back Justin one bit as he led the junior varsity team to a winning record. The following year, he impressed so much that the previous season’s starting quarterback was moved to wide receiver so that Justin could be QB1 on varsity.

Everything was on track for Justin until the pandemic hit and his junior season was wiped away. He continued to work though, focusing on his education to achieve the grades he would need for a potential scholarship. Furthermore, he participated in 7 on 7 tournaments with his team, Midwest Boom, to hone his craft and develop his skills as a passer. Despite using this time effectively and productively Kowalak, like many other European ballers with lofty dreams, was
worried and uncertain if he would play kitted football at all this season. As he prepares for spring ball and his senior year in 2021, Justin Kowalak still has his eyes on college and has been in contact with a host of FCS schools and even D1 FBS schools (Syracuse and West Virginia).
Follow him on twitter @KowalakJustin to follow his ongoing career.

Justin’s advice for European ballers is to “keep working on your craft, don’t get distracted and just keep grinding until your opportunity comes”.