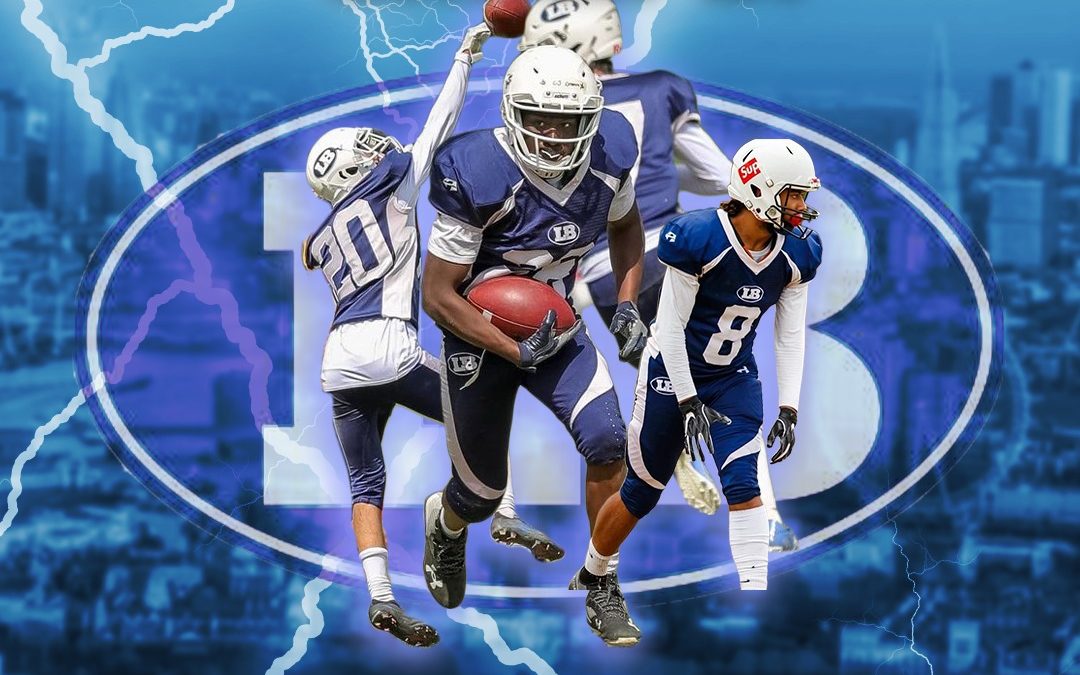 By Matt Bressington of Europe’s Elite

Heading into the first Britbowl since the pandemic the energy in New River Stadium was different, Tamworth came in droves to support Phoenix’s first ever U19 bowl appearance while London has been long recognised for supporting their teams. During pregame, both teams looked positive and energized then, after a failed national anthem, captains were sent to the midfield to start the game.

Right from the offset, it was evident who was the better team, Blitz lines hassled Phoenix Quarterback Ollie Sweeney throughout the day and Defensive backs Dylan Gelbier and Merdan Dogan were able to break up a lot of what was coming their way. Defensively, Blitz showed their domination with a multitude of pass breakups and tackles for a loss throughout the game, but they really closed the door with two late interceptions returned for touchdowns, one by game MVP Line-backer Rio Savvaris and the other by Emmanuel Ssingo, both coming from well-read flat reads to extend the score further for the reigning champions. Zero points allowed on the day did show their group performance and Head coach and long-time British football icon, Jason Henry will undoubtedly be proud of the heart and determination provided by his athletes.

However, the excellent performances on the offensive shouldn’t be overlooked, Harley Skinner-Henry was electric at Quarterback, and his defiance to be sacked really turned the crowd up, in addition to his connections with Jacob Coburn and Onrie Manning-Nkansah the air attack was a significant issue for the Nix from start to finish. When the ball wasn’t in Harley-Skinner’s hands it was the carousel of talented Running backs, in particular, Edward Kyere who broke off several big runs when his team needed him most, often refusing to go down at first contact and further lifting the atmosphere again and again. Overall, Blitz put up 46 to the Nix’s 0 and proved they haven’t lost a step, it’ll be interesting to see if they can continue to build with the strong nucleus of players at the club and defend their title next year.

The final score does not do justice to how good Tamworth were, only 12 months previously we had travelled to the Phoenix who beat us in a end of season friendly. So we knew we needed to work really hard.

The coaches worked hard on our game plan after the semi finals and the players focused and worked extremely hard in the build up.

Tamworth on both O and D have exceptional size and speed and it’s always a great feeling when the players execute the game plan.
I was delighted for the players, our new coaches, fans and the families of all. I’m also excited that many players can now use this platform to pursue their dreams which will see some joining universities this month and a few hoping to make the jump to schools and colleges in the US.

The key work for 2023 has began and starts with the basics (washing a ton of jerseys) however in the next few weeks we will be recruiting, promoting and planning for our next season. – London Blitz Head Coach Jason Henry