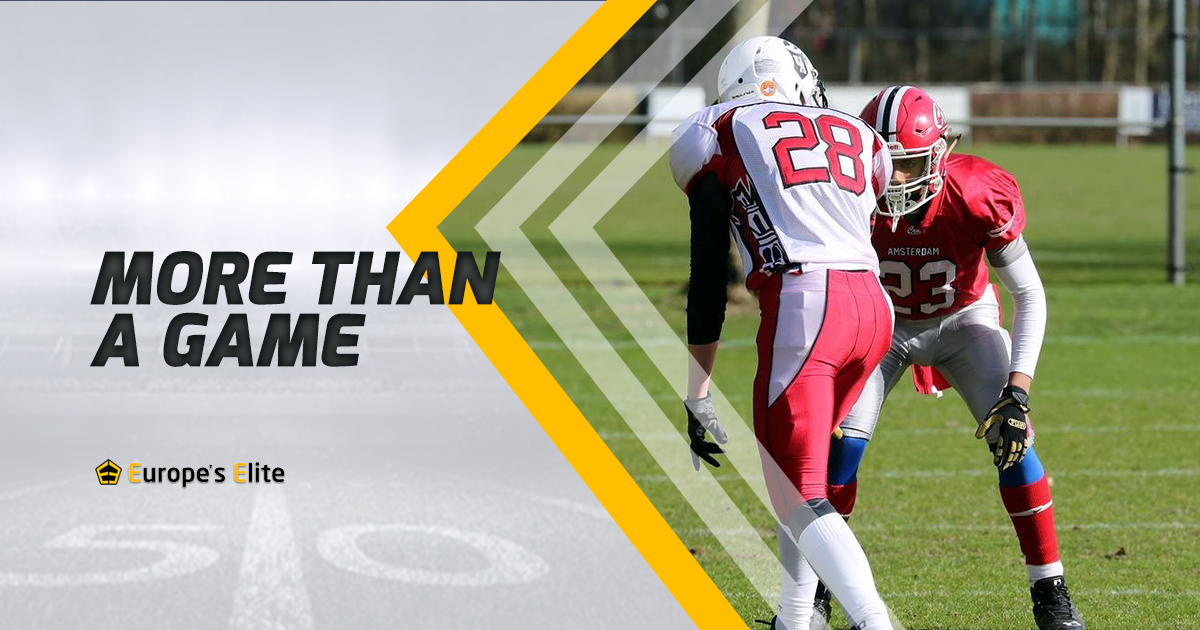 Football has always been a sport that allowed people to fall in love with it for many different reasons. And football has always meant something different to each player playing the game. Today we would like to feature a very powerful and unique story we came across last week.

Yasha Chapman is a standout DB for the Amsterdam Crusaders U19 team. Yasha’s stats are very impressive but what we learned once talking with him was much more powerful. Yasha has been a fan of American Football since the age of 6, while also playing sports year around he found it difficult to find the time to fit football in his schedule. As years went on everything changed once his father Shawn Chapman passed away in 2011.

Upon learning a valuable piece of his father’s past this filled Yasha with an entire new passion and dedication to the game of football. “So from that moment I was determined to become a bigger, stronger and better player than he was. Basically, I wanted to show everyone I was a better version of him. So I stopped doing the other sports and started playing football and did not look back since”.

Yasha has not disappointed either since signing up for the Amsterdam Crusaders 3 years ago. Yasha and his teammates have gone undefeated in the last 3 years and look to win their 3rd straight championship this weekend. Yasha’s 2 interceptions both pick 6’s in last week Semifinal matchup earn him Europe’s Elite Player of the Week Award.

Yasha story is one of many reason why football is more than a game It opens doors to allow us to do things that we didn’t think were possible, it helps us to overcome difficult situations and much more.