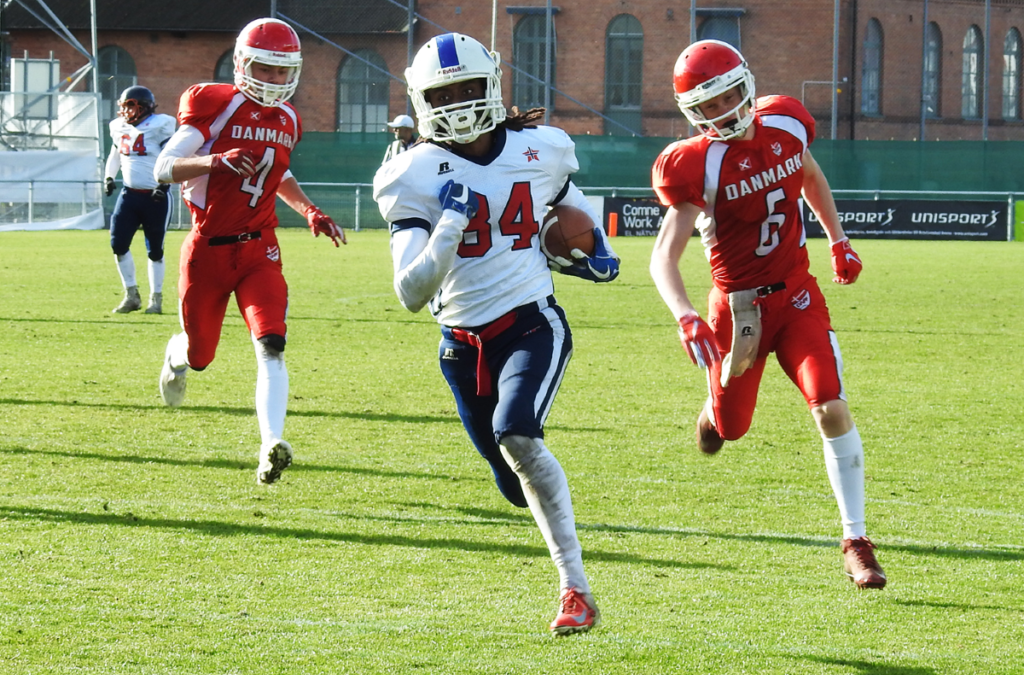 This week saw a lull in domestic action at the Under 19s level, so we turn our eyes to the U19 international game. At the Nordic Championships this weekend the U19 National teams of Sweden, Finland, Norway and Denmark all squared off to determine who would be the Kings of the North (Europe). We here at Europe’s Elite were able to get a hold of Norwegian HC Jørgen Benestad-Johansen and Danish HC Thomas Olsen Kipp to discuss their hotly contested matchup for third place, in which the Norwegians came out on top, 35-12.

The Danes came into this one as favourites, and jumped out to an early lead behind strong running from lead ‘back Mike Matt Espersen. However, their offence stuttered under immense pressure from Norway’s behemoth defensive lineman Kacper Latkowski. Latkowski had a monster game, amassing two sacks and the praise of Coach Johansen, as well as the respect of the entire Danish team.

Meanwhile, a gutsy performance from QB Wilhelm Domaas, who was operating with a severely sprained ankle for much of the game, allowed the Norwegian offence to impose its will on the game. Domaas’ connection with eventual game MVP Mads Hilton and Filip Rognerud caused nightmares for the Danish secondary. Meanwhile, Oscar Allum played his part on the ground, eating up turf on route to two touchdowns.

A fantastic game by both teams, no doubt! With it, Norway took home the bronze medal, whilst Denmark will have to look forward to 2020 to rectify the tough losses in this game.