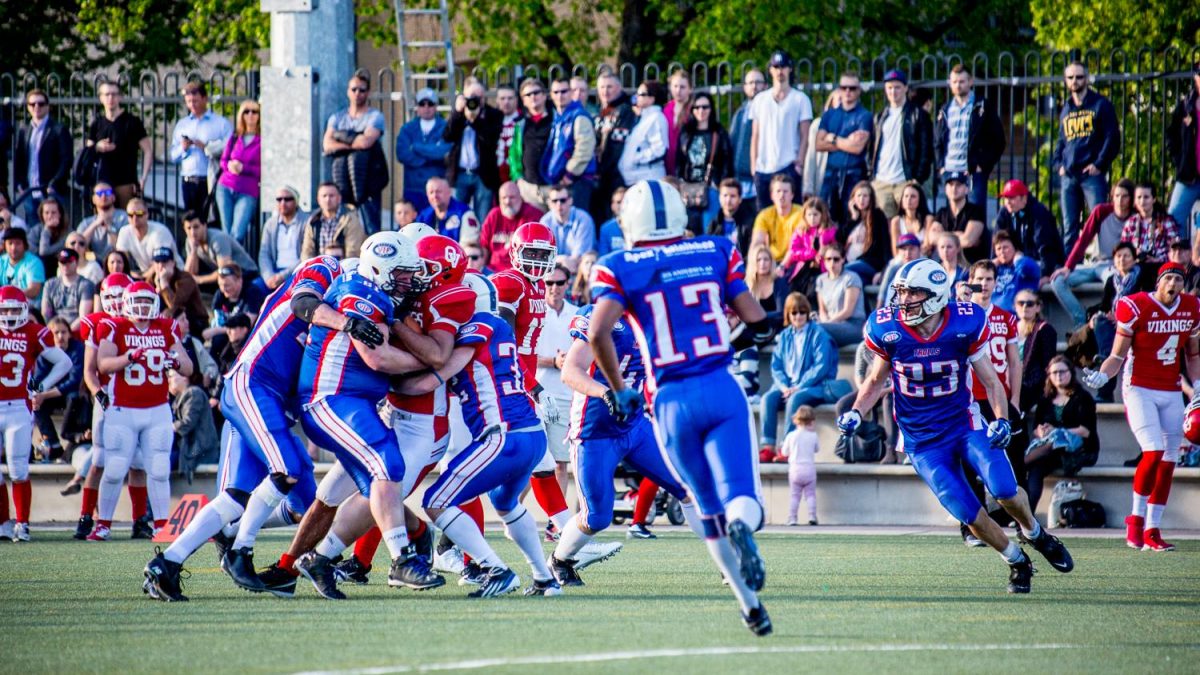 First time in 6 year we have a new champion in Norway! After a hard-fought season, the country’s two premier under 19 units – the 6-0 Oslo Vikings and the 5-1 Valerenga Trolls – faced off against one another in an exhilarating final. The reigning champion Trolls fought hard, but the boys from the capital gave them no chance, finishing the day as 25-14 victors and masters of Norway!

The Trolls started the day strong, pushing the Vikings onto the defensive with an early score. The Vikings were not slacking, however, as they quickly responded with a 70-yard touchdown run from star tail-back Aleksander Thomas. After this flurry of early score the game settled down, with both defences finding there rhythm. The sides entered the locker rooms for half time tied up at 7-7.

The Trolls repeated their hot start in the second half, again scoring early to put them up 14-7. Sadly for them, though, this was to be their final touchdown on the day, as the Vikings’ D entered shutdown mode. It was at this time that Oslo’s QB Wilhelm Domaas elected to take the game by the scruff of the neck, and impose his will upon it. Back to back passing touchdowns showcased the breadth of the young man’s arm talent, with a pinpoint 10-yard pass to Per Gaarden displaying his accuracy and a 70-yard bomb to Frans Åsheim his immense strength. Capping off the day was a 10-yard scamper for a touchdown, again by that man Aleksander Thomas. This was the perfect end of the day for both the Vikings and Thomas, who earned his team’s MVP award.

Congratulations to the Vikings, for their incredible victory! Both teams will undoubtedly be already looking to the offseason for improvements, but we hope that Oslo will allow themselves a little time off to bask in their glory!