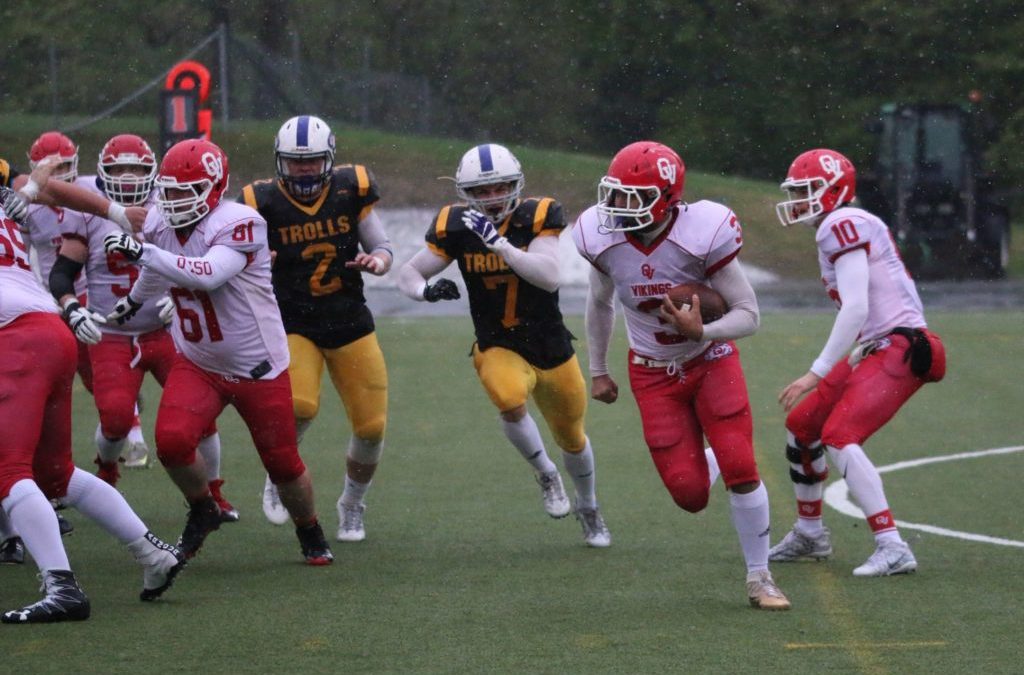 This weekend we see the semi finals of the Norwegian U19s National competition, as the Eidsvoll 1814s face off against last years champions, the Vålerenga Trolls. The first meeting between these two teams resulted in a comfortable 44-6 victory for the Trolls.

Vålerenga come into this one off the back of their first defeat of the regular season to the Oslo Vikings. This result, whilst disappointing, was not insurmountable, according to HC Le’Vonn Warr, who stated that his team “needed to have our bubble burst”. He hopes that the Trolls will return to form and have a sharpness about them that was absent in their loss to Oslo. Their players have remained sharp in the week off, with 10 of them representing their national team in the Nordic Championship. Indeed, star wideout Mads Hilton won the Norwegian MVP award in their victory over Denmark, showing his playmaking ability. The connection between him and QB Lars Nilsen resulted in two touchdowns against the 1814s earlier in the season, and so this could be an area in which the Trolls look to exploit.

Meanwhile, the 1814s are coming into this one motivated, having disappointingly fallen to the Trolls in their last game. Head Coach Michael Hall has praised his coaching staff for putting together a game plan which he feels will be able to stymie the Trolls’ offence. That being said, the 1814s will need to put on a better offensive performance this time around if they are to hope to get the result they need. Spearheading this effort will be QB Raymond Myhrer. The young QB will need to have pinpoint accuracy in this one, as his coach has promised to “put our players in good situations to make plays”, and Myhrer will need to be the final piece in that puzzle.

Will history repeat itself? Or will Eidsvoll’s new game plan and an additional week of preparation stand them in better stead this time around? Only time will tell, but this is bound to be a fascinating fixture either way!