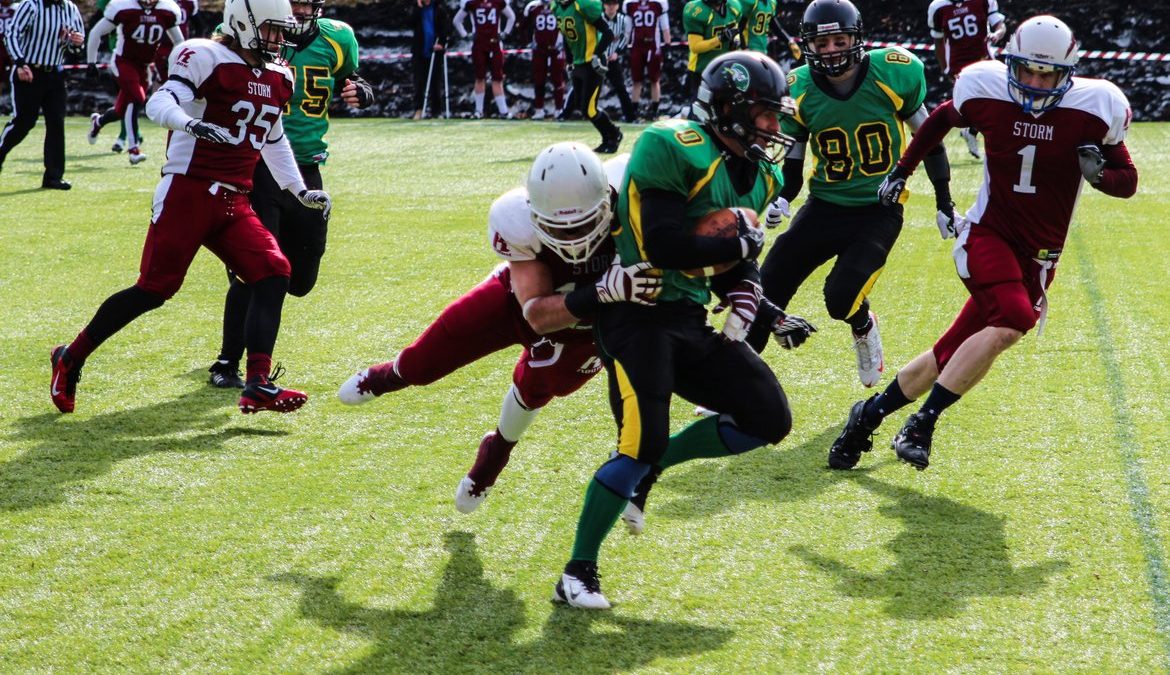 This weekends the Nidaros Domers face off against the Eidsvoll 1814s in what will surely be a test for the young Domers team. Eidsvoll are coming off a convincing opening day win, whilst Nidaros have some acclimatisation to do in their inaugural U19s season! However, one should never rule out the underdog, and that’s what will make this one so exciting!

Eidsvoll are one of the more established Norwegian programmes, and have shown their talent early this season, with a rip-roaring 54-7 domination of the newly formed Sand IL Falcons. As the score-line shows, the 1814s have a plethora of offensive weapons, none more key than QB Raymond Myhrer. As the leader of the offence, Myhrer holds much of the team’s hopes on his shoulders. This has not proven too much for the young man so far, however, as his connection with receivers Espen Opheim and Tobias Sweetlove proved deadly in week one. Even their opposition respect this talent, with Nidaros Head Coach Vetle Forseth highlighting the need to contain the dual-threat QB. Where the aerial game fails, Head Coach Michael Hall is confident that “unstoppable” RB André Busch will be there to pick up the slack and force his team to the endzone. Meanwhile, on the defensive side the 1814s will hope to maintain a solid start, having only conceded a single touchdown in their first game. The team is founded on a talented front 7 and will look to limit yardage as well as points to prove themselves a premier unit in the league.

The Domers, meanwhile, have had a rough start to this season. With a squad sporting many rookies, back-to-back games against top competition was bound to be tough. However, Coach Forseth is confident that his side can put in a performance to be proud of, positing that his team “will definitely do better this time around”. Key for this turnaround are offensive weapons Mats Leinan and Sander Velve. Leinan, a QB, returns from a year playing in America, which has helped him hone his craft. His new best friend on the field could prove to be Velve, who’s shiftiness in the slot is bound to test the agility of the 1814s defenders. The performance of these two particularly could make the Domers into a dangerous outfit for any unsuspecting visitors.

This one should be a fascinating match to watch, as the favourites look to be challenged by young upstarts. The 1814s will be looking to put pressure on the Trolls at the top of the league table, but the Domers certainly will not roll over and give them the victory. How this one plays out will be well worth keeping track of!