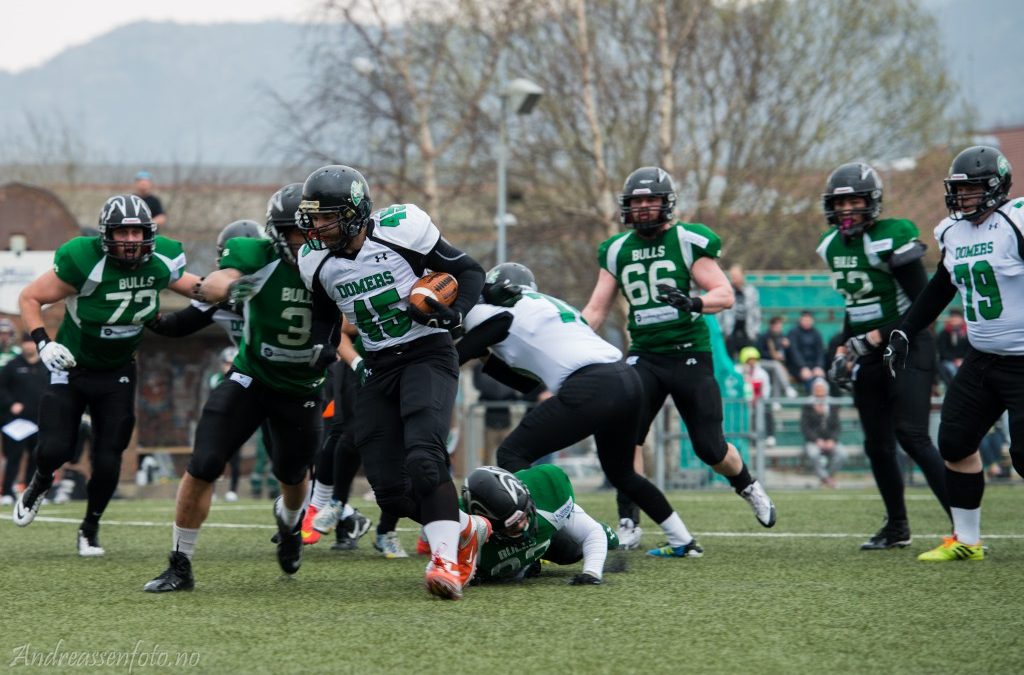 This weekend in Norway we see two teams looking to break winless streaks as the Nidaros Donets face off against the Kristiansand Gladiators. Scheduling has rendered the Norwegian league somewhat one sided thus far, with three teams undefeated and three winless. As such, this game should provide some much needed balance and competitiveness to proceedings!

The Domers come into this one with exuberance and excitement, with the new programmes first winnable game seemingly on the doorstep. Head Coach Vetle Forseth sees this as a battle to be won in the trenches, with centre Eirik Fiske leading the way for his side. Behind him, the talented QB Mats Leinan will look to spread the ball out to utility weapon Herman Seternes and receiver Samder Velve – a task that the HC admits they have struggled with so far. If that connection can be made, though, this could be a very dangerous aerial attack for the Domers!

The Gladiators will not be walkovers, however. Whilst they have been unable to overcome their opposition, Kristiansand have performed admirably, particularly on offence. Despite facing the country’s three top programmes, this outfit has not been shut out on any of their games, showing glimpses of playmaking ability even against elite opposition. As such, they should provide a test for the Domers defence, which will need to step up if their offence, and indeed their team, is to hope to keep up!

We have our eyes eagerly trained on this matchup, in the hopes that it will provide us with our first real competitive game of the season in Norway! The two teams look evenly matched on paper, but as we all know, that doesn’t necessarily translate to the real world!