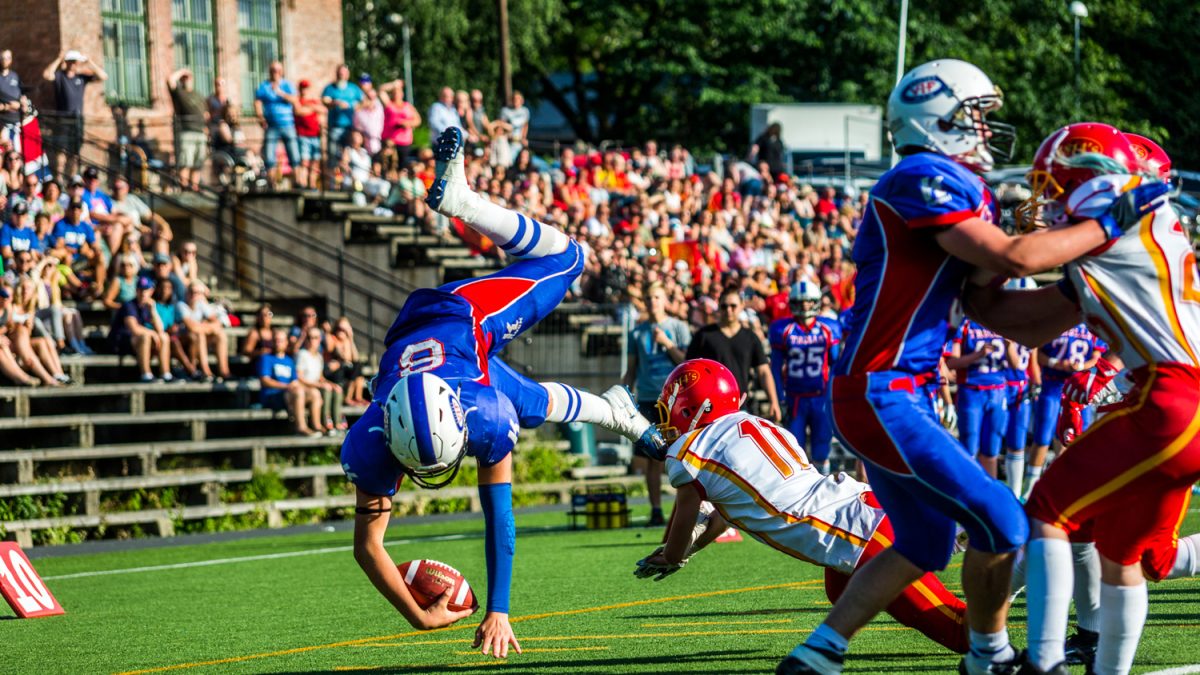 Coming into the final week of the season, there remain two unbeaten teams: the Oslo Vikings and the Vålerenga Trolls. These two seemed destined for a meteoric clash from week one, and schedule makers seemed to agree, setting the collision course for the most important week of the regular season.

The Vikings have had a week off, following a decimation of supposed title contenders the Eidsvoll 1814s. Oslo will no doubt have been prepping hard for this matchup, knowing the challenge that the reigning champions will pose. A lot of the hopes of the Vikings will rest on the capable shoulders of QB Wilhelm Domaas. Domaas will look to build upon his stellar outing against Eidsvoll in which he scored five touchdowns – four through the air and one on the ground. Critical to the Domaas’ success, as well as the success of the entire offense, is their line which Head Coach Derek Mann sung the praises of this week, naming Petter Frausing, Fredrik Moe and Ola Lefstad as bruisers to watch out for up front.

Looking to stop them will be the Trolls’ vaunted defence, which has conceded no more than a single touchdown in any of their games this season. Led by disruptive defensive lineman Patrik Andersen and standout ‘backer Håkon Søderlind the Trolls will be looking to pressure Domaas early, with each managing multiple sack games this season. On the flipside, the Trolls will look towards their balanced attack between star running back Storm Blomquist and the uber talented arm of Lars Nilsen to cause damage to the Vikings’ equally stingy defence.

This weekend should prove the most interesting of the season. With this year typified by dominant victories (the closest game being won by 26 points), this could prove to be our only competitive fixture of the year. Who will come out on top in this clash of the Titans?