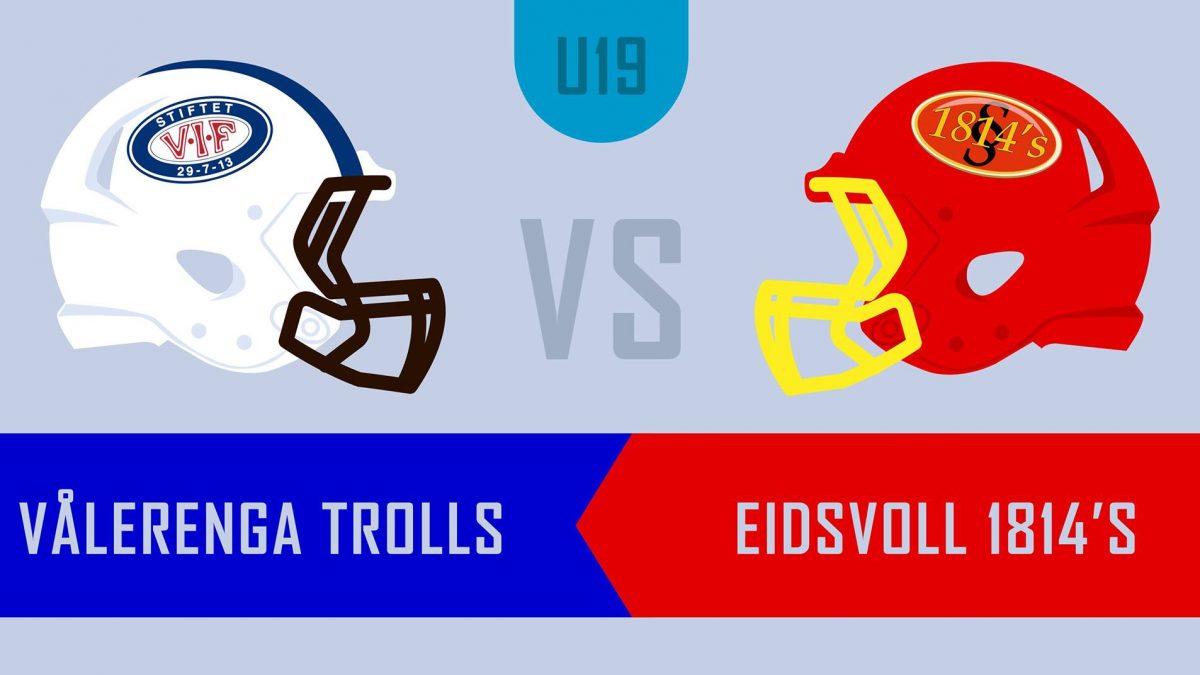 A potentially crucial matchup this weekend, as the 3-0 Vålerenga Trolls face off against the 3-1 Eidsvoll 1814s, in a game that should shape the outcome of the two teams’ seasons, and indeed dictate how the playoffs will shape up!

The Trolls come into this one after somewhat of a midseason break, having not played in almost a month. Head Coach Le’Von Warr discussed the importance of keeping his team engaged, saying that “we had to treat the time off like it was Pre-Season to keep the players motivated and focused”. That being said, the Trolls have an immense pedigree (having won several championships back to back at this level) and have already showcased their skills thus far. Over their first three games, the Trolls have scored an average of over 51 points per game, and conceded only 14 points total. This immense differential shows their utter dominance of the lower tiers of the league. They will be looking to utilise their aerial attack in this matchup, trusting in the arm of QB Lars Martin and their wideouts to make plays over the 1814s DBs.

That being said, Vålerenga opened their schedule against the softer side of the league, and so may be somewhat unprepared for the challenge that the 1814s pose. Despite coming off a soul destroying 38-0 loss to the Oslo Vikings, Eidsvoll have some serious playmakers and could cause problems for the reigning champions. A bruising ground game is a particular area of note, with Running backs André Busch and Jakob Aanerud leading the way. Meanwhile, the 1814s pride themselves on a particularly strong front seven, which will look to get in the face of Martin early and disrupt his rhythm.

How will this weekend shape up then? The Trolls will likely be quietly confident, and look to set up an undefeated matchup against the Oslo Vikings in the final regular season game. Despite this, Eidsvoll will not roll over, and are bound to want to regain some pride after last week’s loss. Will this fire spur them on, or burn them out? We shall see this weekend!