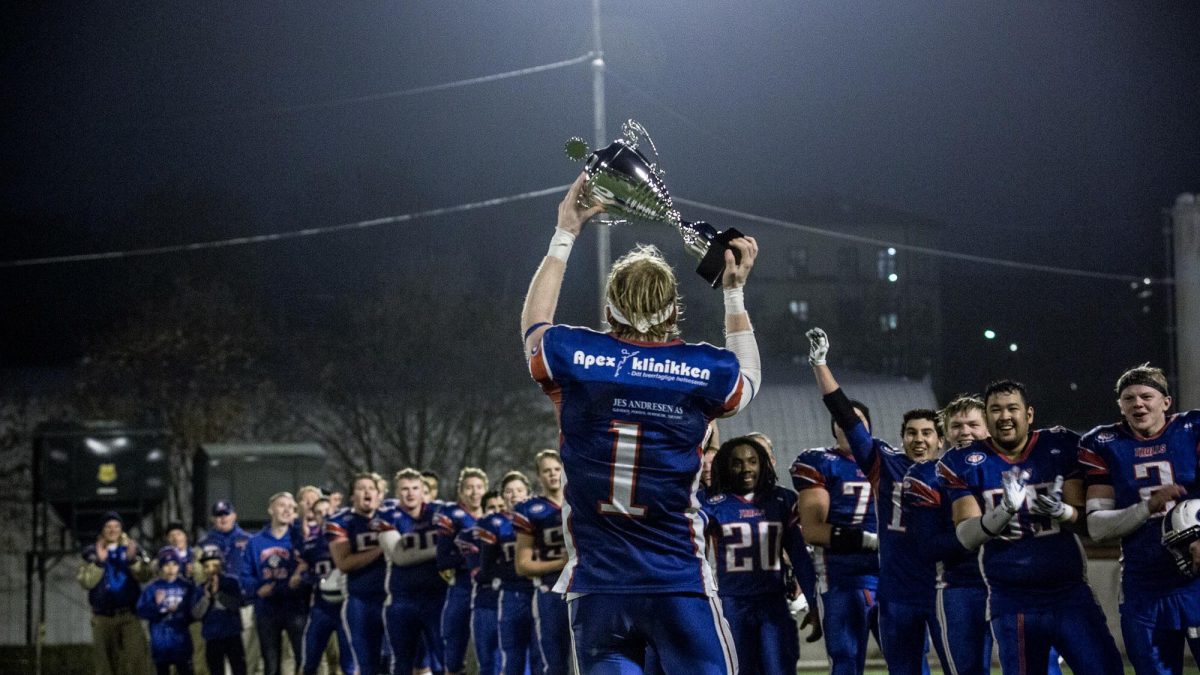 The long wait for the return of football in Norway is over! Last weekend marked the beginning of the Norwegian U19s season, and it started with a bang, with each victor amassing more than 50 points in their dominant victories. This week sees one team from each side of these result facing off, as the reigning national champions – the Vålerenga Trolls – face off against the Kristiansand Gladiators.

The Trolls come into this with an apprehensive confidence, coming off a title defence and an opening week domination of the Nidaros Domers. This will not lead to complacency, however. Head Coach Warr recognises that his is a “young Team”, with “a lot of first year players”, and that as such there are “several areas [they] need to clean up” to prevent a lackadaisical performance. Despite this, there are certainly areas of positivity for the Trolls. Their high-powered offence, led by standout QB Lars-Martin Nilsen, has already been on full display, putting up 66 points against the Domers. What makes this even more intimidating, however, is that Vålerenga were not at full strength in their initial outing, missing star tailback Andreas Henstein who will return for the match against the Gladiators.

The Gladiators, meanwhile, had a tough first game of the season, losing to the Oslo Vikings by a score of 50-12. Kristiansand, by their own admission, started that game slowly, conceding 29 unanswered points by early in the second quarter, and will hope that they have knocked off the rust in anticipation for this fixture. The Gladiators have remained tight-lipped going into the match, but opposition HC Warr is hoping to nullify the Gladiators QB, who he describes as very talented. It will be down to a solid Trolls defence, led by MLB Håkon Søderlind, to slow him down and try and keep the Trolls undefeated.

This game has the look of a one-sided affair, but nothing is ever certain in Football! The Trolls will look to replicate and build upon their initial dominance, whilst the Gladiators will want to shock the league and show that they can mix it with the big boys! We shall see how it plays out this weekend!