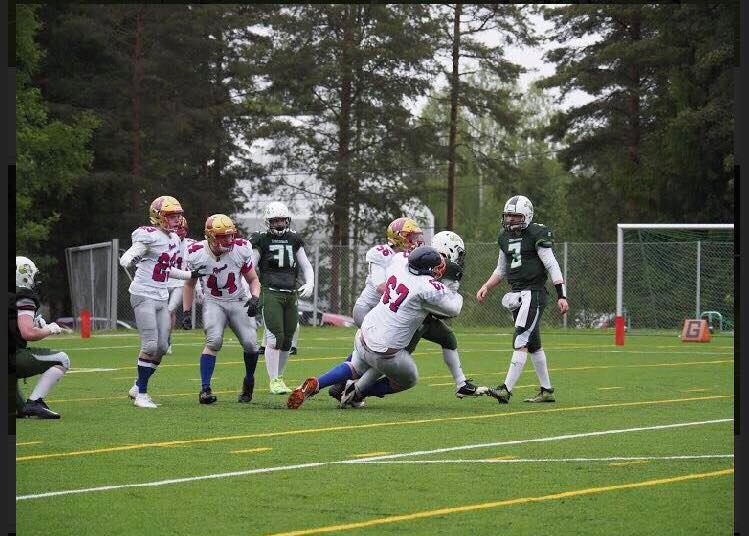 Olaus Alinen is a 15 year old 2 way Lineman playing both U19 and 1st Division Mens league in Finland. He has tremendous Size and is a humble giant continuing to work on his game every chance he gets. Olaus has the potential and size to play at the next level and a player College Coaches will be fighting over in the coming years!

How Long have you been Playing Football?

Its now my third year of football. Before I played football I played basketball.

I think I have many strengths as a player. the First thing that comes to mind is my size. It is valuable to have reach like me as a OT. Also I think that my movement is one of my strengths. I move pretty quickly and run pretty fast even though I’am 330lbs. In defense I have the ability to read what the offense going to do.

I have not taken the SAT.

I try to watch as many lineman as possible. That way you can try out different techniques and find out what is the best for you. I try to play like my coach wants me to play.

What are your expectations for this season?

I have good expectations for this year. We are fighting for national championship in U20. Also there is the upcoming U19 European championship games. I cant wait to go to Bologna and play for my country.

I would say teams should recruit me because I will practice hard for my goals and never give up. I’m also going to London NFL academy to play football and study in 2020. I think the academy will make me a much better player.