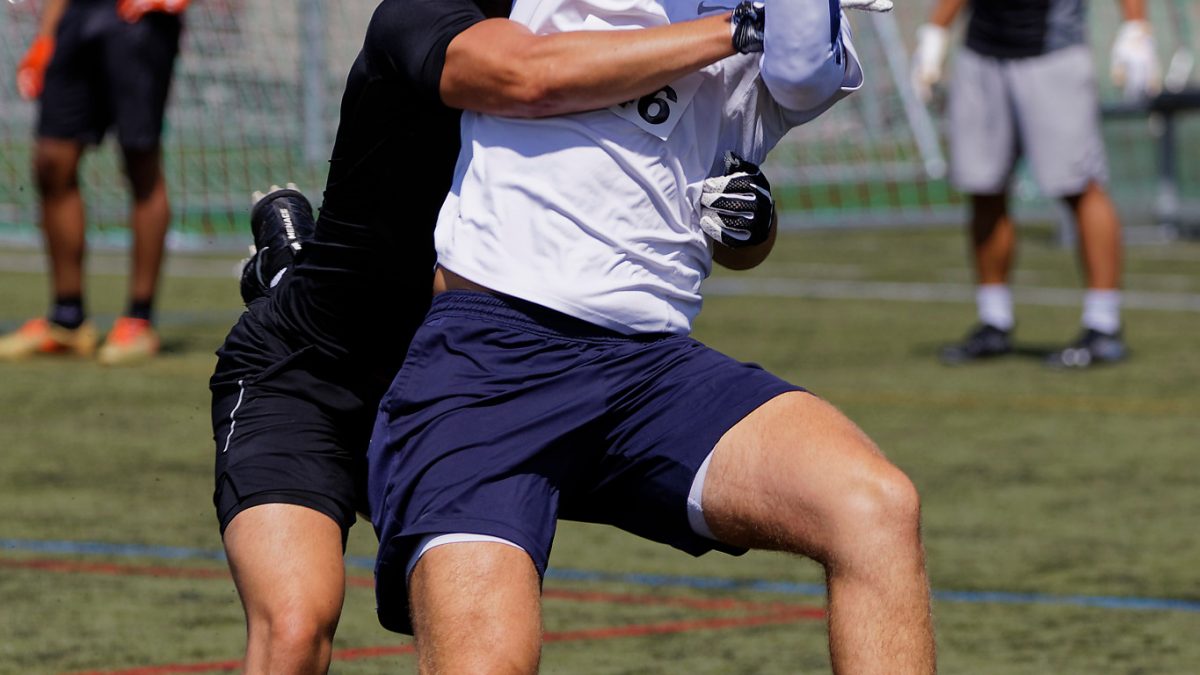 The Italian football league has produced a vast amount of talent for all the rest of Europe to reap the benefits and the Milano Seamen is undoubtedly the focus of the best players in Europe. Their U19 teams have also continuously produced elite talent to represent the national team on the international stage. One such talent is Carlo Tassan, a 17-year-old 6’1 180lbs, Wide Receiver who racked up 21 catches, 281 yards and 4 touchdowns in his first experience in the U19 leagues (7 games and a championship win). Having previously totalling close to 70 yards a game in his last season as a U16 player, it’s clear to see there’s a learning curve that Carlo is doing a tremendous job of adapting too, not many players jump into a higher level and have dependable success on a championship-winning team.

The secret to Carlos surge into the convocation has been his methodical and tirelessly rehearsed route running. He used a blend of fluid footwork to beat the press or create space with off-coverage, with an abundance of routes and extremely secure hands Carlo has garnered a lot more attention and is gaining more targets from his Quarterback. Venturing more into his assets the quickness becomes visible, sharp corners on his routes have separated him from the corner and his fellow receivers alike. He tracks the ball through the air like a seasoned professional, bringing the ball down on deep balls constantly, he is a weapon after the catch as well. If it wasn’t obvious enough, he can do everything required of him to win; blocking, running routes to create space for his teammates, pulling down deep balls or safely gaining the 1st down. The buzz around him is gaining traction, as an MVP at the Switzerland Europe’s Elite camp he showed poise and composure to show why he is a sleeper talent who is certainly coming towards a breakout year.

Carlo’s success has been long-awaited, a member of the Seamen once his local team made a joint venture to become part of the organisation, he has been playing since he was 11. Having spent the last two summers at the world-famous IMG academy, Carlo has put in the dedication to be the best player he knows he can be, and he hopes to help lead his team to back to back championship seasons. I am anticipating a call up for the Italian national team is not far away for one of the most reliable and consistent targets in Europe. He has the potential to be starting this season for the Seamen with the right preparation, there is no reason for him to not be talked about as one of the premier young athletes in all the European leagues. Possibly, even into the NCAA where I genuinely believe he could perform under the right systems and with the correct coaching. The ability to extend the play and hold through contact whether it’s on the line of scrimmage or maintaining contact through the catch will be much sought after once he starts to gain credit from the states.