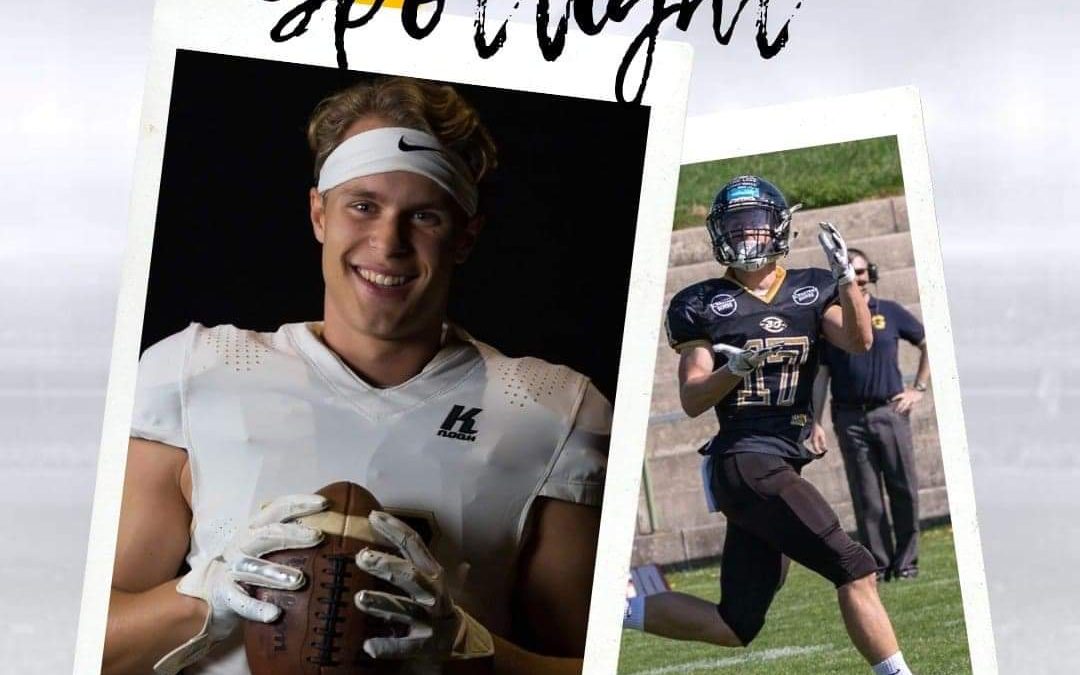 Finding a Wideout that can run a variety of routes is not an easy challenge, many have a speciality with certain packages or schemes. Emil Eckerstorfer is not one of those Wideouts, he has an outstanding range from his drag routes to a fantastic out-route that he has used to full advantage in picking up critical 1st downs for his AFC Mödling Rangers, that he has played since he was 15 years old. Standing at 6’1 190lbs Emil possesses a frame that allows him to maintain the ball through contact consistently in contested jumps balls, but the further into the film the more his skill set is releveled. It’s clear to see that he is dynamic, versatile and very fierce in his playstyle he has a great level of awareness and football IQ, proving that he truly is an elite European wide receiver.

Simply put, Emil is an Offensive Coordinator’s dream. He blocks well on run support in the middle as well as on bubble and quick screens and high points the ball extremely well and shows beautiful body control when coming down with the ball. The control is a quality that is apparent in the film, the adjustments he makes while securing the catch is very impressive, from dragging his toes on the side-line to cutting to the field following his blockers. His smooth cuts on his routes and his natural space making have only added to his portfolio, during broken play he is a reliable target because of this space creating. Emil this year proved himself to be a hot commodity in the AFL, a U17 MVP and a Most Improved Player in 2018 have seen him rising through boards as one of the top young prospects in the league, the 4.62 speed is evident, even against other elite AFL talents.

Watching Emil play is a pleasure for a fan of technique and unorthodox styles, his explosiveness on his breaks, blocks and jumping all are fascinating to study. Chris Godwin would be my go-to comparison for his footwork and speed combination, the high catch rate and yards after the catch are also eerily similar if you compare the tape. Emil certainly has a very bright future in the AFL for years to come, he is the type of number one receiver that teams need to win, his ability to travel the field and do whatever is required to win is admirable. Happy to help block for an open late or to move the chains on a critical 3rd down, but he will happily apply the dagger himself and cut up the seam for a long game-changing touchdown.

Europe’s Elite is the leading news source covering rising athletes within and from Europe.