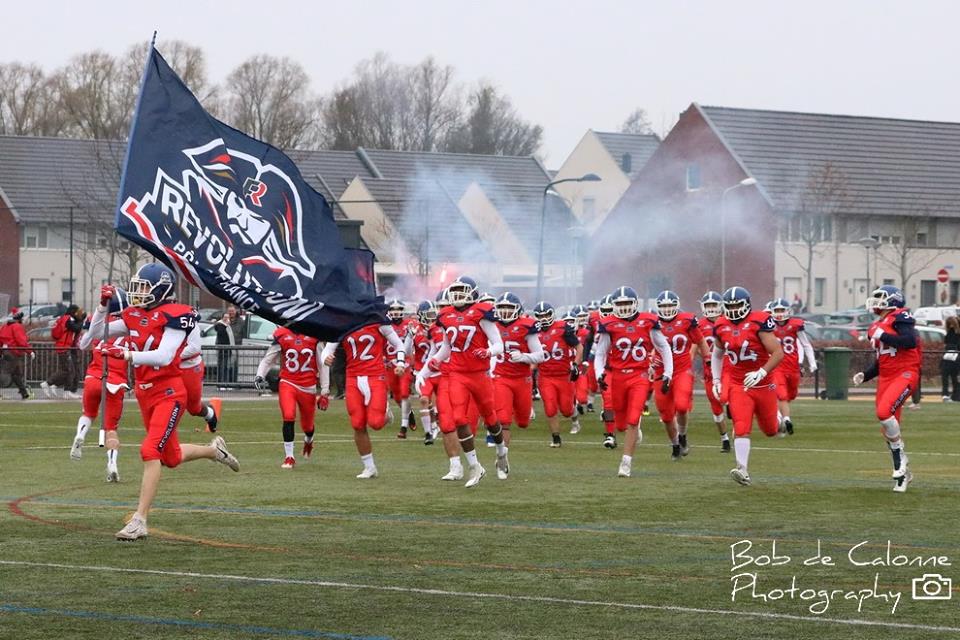 The friendly match up that took place last Saturday on the 23rd of February between Pôle France Revolution and the Great Britain National team ended in a lopsided victory going in favor of the French team. Winning 60 -7 the Revolution displayed their high power offence and defense which was no match for the Great Britain Lions. The Lions look to take what they have learned and will use this experience heading into their upcoming qualifier against Norway coming up in March.

Revolution Head Coach and French National u19 Head Coach, Emmanuel Maguet said this when asked how he and his team prepared for this high profile game. “We prepared for the game the same as previous ones…we wanted to compete all the way.” The Revolution also augmented their team by adding some players from surrounding teams to give them a taste of international competition and what it might be like if they eventually earned a spot on the French National u19 squad.  Pôle Revolution continue on the international stage in search of further success, with future games scheduled against Bristol Academy, 2 German teams and the Swedish Academy.