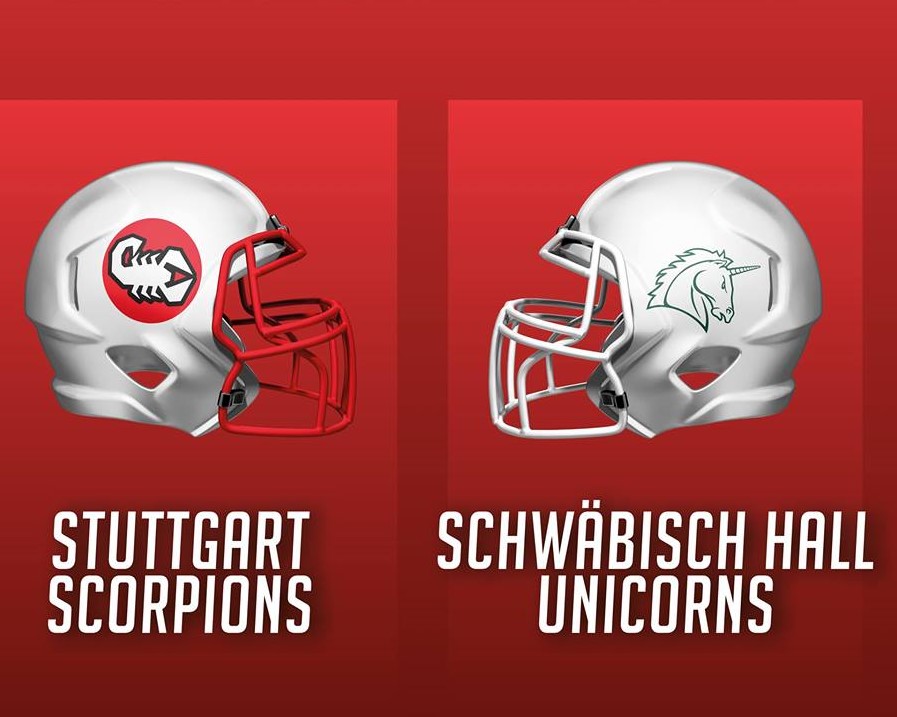 This week in the GFL Junior league the Stuttgart Scorpions face off against the Schwäbisch Hall Unicorns. In the previous match between the two, the Scorpions suffered their only loss of the season, a tight 3-0 affair in which the defences dominated. Will this weekend provide as close a match, or will the offences have learned from film and found a way to break down these two elite defences.

The Unicorns put out a statement last week with their 42-6 demolishing of the Mannheim Bandits, and will hope to ride this momentum coming into this game. Key to that will be their dynamic playmaker at QB, Louis Waldmann, who amassed three passing touchdowns to three separate targets. This shows not only his arm talent but also the diversity of the Unicorns offence, which will make them hard for the Scorpions to keep quiet.

However, Scorpions HC Mario Campos is confident that they will be able to compete with an SHU team that he called a ‘European powerhouse’. He has every right to have this confidence too, with such a close first matchup, and his team’s incredibly impressive 6-1-1 record in one of Europe’s toughest divisions. Key to the fixture, in Coach Campos’ eyes, is being clinical, with the team who makes the fewest mistakes likely to come out on top. Indeed, he wants to finish every drive with a field goal minimum, to keep the pressure on the Unicorns.

A potential X-factor for the Scorpions could be new acquisition Jacob Mann, a Great British Wide Receiver who is part of the Under 17s National squad. A product of the Birmingham Lions, one of the UK’s premier programmes, the young wideout could prove the spark needed to overcome the tough Unicorns defence that shut them out previously.

This game is sure to be a barnstormer, with the winner taking the lead in the race for the Southern title, and all but securing it with only one game remaining! We look forward to seeing what these young ‘ballers can do.