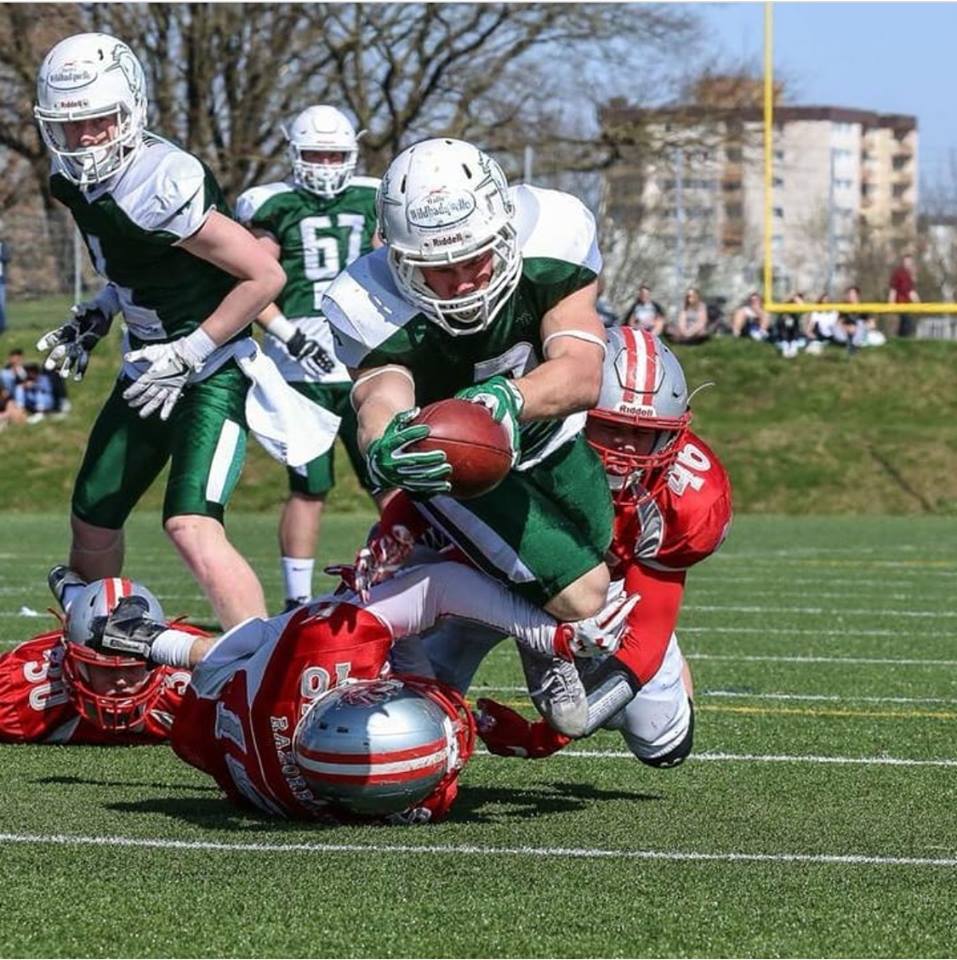 We are proud to present the SKLZ player of the week Luis Bendel RB for the Schwäbisch Hall Unicorns. In their game vs the Nuremberg Rams Bendel scored four touchdowns as they won 64-15.  Bendel’s first TD was a run for 30 yards and his second came as a 1-yard run on the goal line. Bendel then showed off his play making ability by lining up as a WR catching a 58-yard TD pass from his QB Louis Waldmann.  Luis last TD came as he took a short swing pass from Waldmann 50 yards as he evaded the Rams defense.

The Unicorns will face the Fursty Razorbacks next weekend on June 26.

For his outstanding performance Luis Bendel will receive a 30% MVP discount card from SKLZ. Congratulations to Luis and the Unicorns. 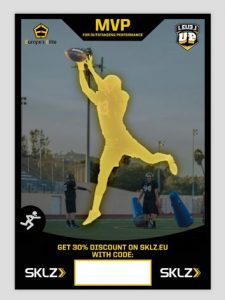 Check out the Unicorns vs Nurnberg highlights below:

**If you or your teammate wish to be nominated for our SKLZ MVP Card send us your game information (Opponent, stats, and film) to info@europeselite.com with the subject title “player of the week”.**