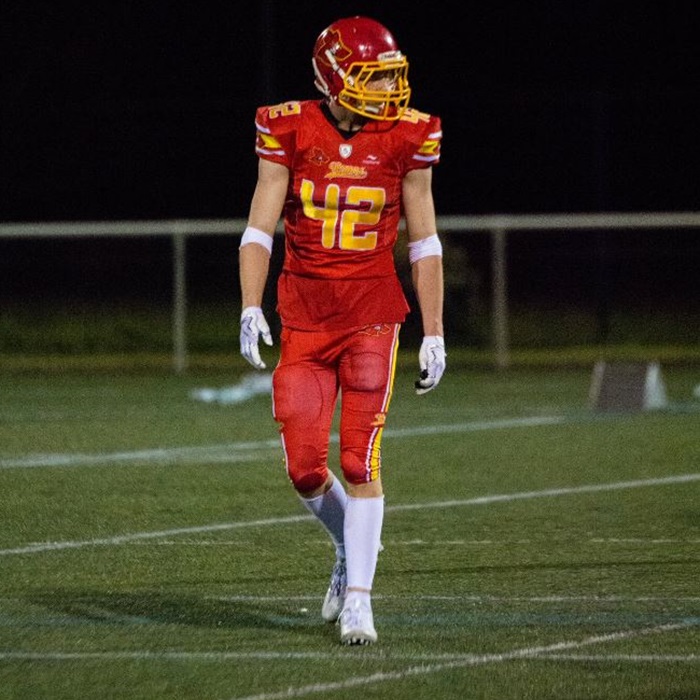 We are proud to present the SKLZ Player of the Week Macéo Beard who plays DB for the Pessac Kagourous in France, as well as the French national team.

In the French Final this past weekend, the 6’1 Beard utilised his size and game-breaking speed to impact all three phases of the game and ensure his side’s victory over the La Courneuve Flash.

On defence, the young playmaker made five solo tackles, and provided the leadership to ensure that the Flash amassed their lowest points total of the season.

Meanwhile, Beard showed his versatility by stepping in to play Quarterback and accruing over 50 yards of offense on very limited snaps.

His greatest impact, though, came on special teams. An often overlooked facet of the game, Beard showed how this phase can prove vital and lead to championships. After blocking one punt, Beard scooped up a blocked field goal and returned it 70 yards for the decisive score, which sealed the title.

For such an outstanding performance in the Kangs’ biggest game of the year, Beard is a worthy winner of our player of the week. As such, he will receive a 30% MVP discount card from SKLZ.

Congratulations to Beard and the Kangs for their championship!

To see Beard’s highlights from the game, see: