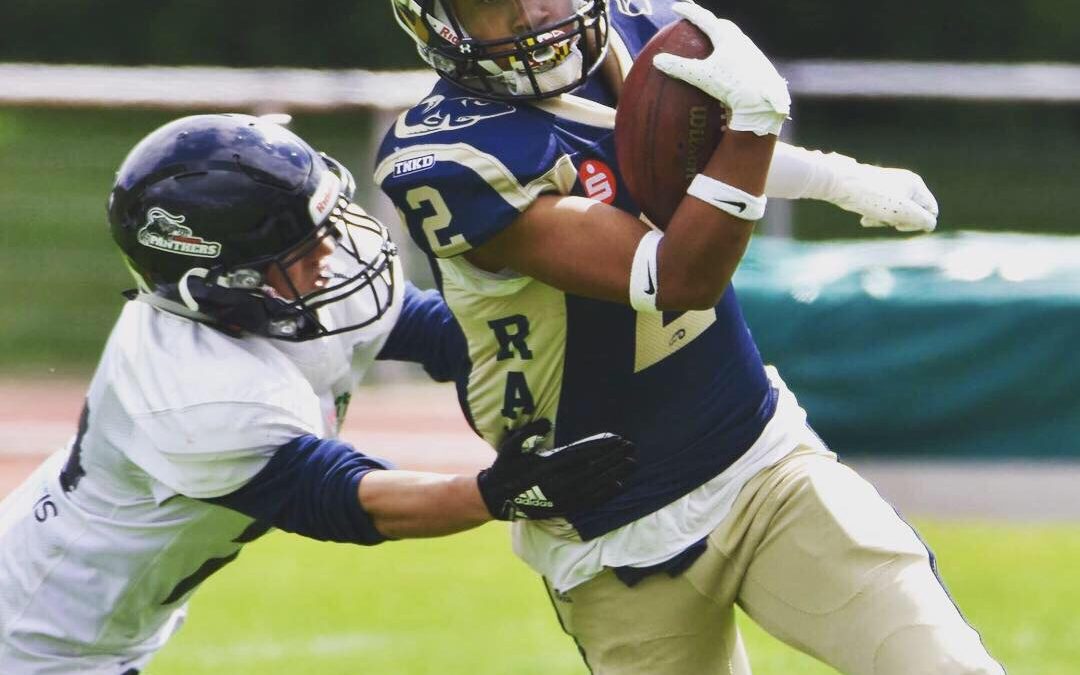 Terrell-Jordan Chinn is one of those few players who get the “ATH” designation. He can do it all at WR he is a big headache for defences with the ball out in open space, as a KR/PR his vision and consistency in making defenders miss are highlighted many times and as a QB he is able to work out of a read option system using his quick decision making skills to make the most out of every play. Chinn is the definition of and all round football player and at just 16 years old is only going to get better over time.

How long have you been playing Football?

My strengths as a player are my versatility and my desire to be the best on the field .

I have not taken my SAT yet

The players I watch and try to model my game after are Jabril Peppers (defensively) because of how versatile he is and is able to let a defense do so much without really needing to substitute players for different personal groups and Keenan Allen (offensively) because the way he run his routes, makes the defender second guess themselves and also because he came back from all those injuries he had and not giving up.

My expectations for this year is to win the National Championship.

What point in your career did you realize you had a passion for Football?

I realized that I have a passion for football before my fist ever game because I was never so excited and nervous before a game of any type of sport.

Teams should recruit because I’ll be giving all my best at everything and not let anybody outwork me in anything I’m doing on the field, in the classroom, in the film room and in the weight room.